He has received a lot of criticism on Twitter for this comment. Pete Davidson responded by saying that he tries hard not to offend anyone. 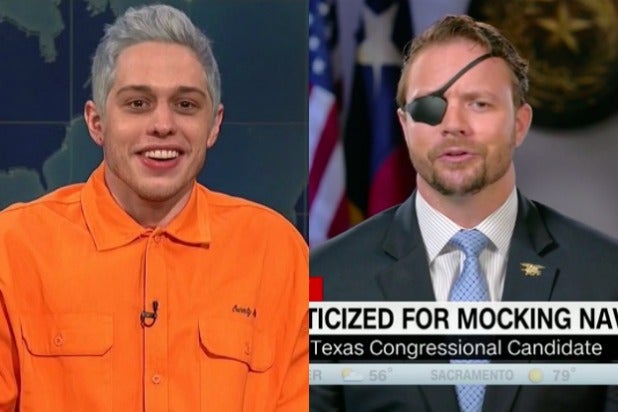 National Congressional Committee demanded an apology from the Saturday Night Live for insulting a war veteran. NRCC spokesman Jack Pandol tweeted asking for an apology to all the war veterans and their families for the comment. Pete Davidson is in the spotlight for his widely publicized breakup with Ariana Grande. He had earlier said that he wishes Ariana all the happiness in the world and has no bitter feelings towards her. He asked the people to not speculate about the reason of breakup and asked everyone to go out and vote on Tuesday.

Read more:  Will Superstore have season 5? When will it come out?
Share this article
FacebookMessengerWhatsAppPinterestTwitterShare
Kishan Jhunjhunwala November 6, 2018
Share to...
BufferCopyEmailFacebookFlipboardHacker NewsLineLinkedInMessengerMixPinterestPocketPrintRedditSMSTelegramTumblrTwitterVKWhatsAppXingYummly