If you are a 90’s baby, you might be missing out on a few amazing things. A Reddit thread, “What do you miss about the ’90s?” has shared some items that will make you trip down memory lane.

Scroll down to check them out. “The CD players/stereo systems. I had a beautiful Sony one with double tape deck and 3 CD changer. Had lovely coloured lights on the display and it was just brilliant to listen to Eliminator on. My dad got it for me and at the age of 10 I thought I was so cool.”

“Movies now have become McDonaldized. Movies are consistently good, but rarely great. They found the right formula for making money, and they don’t take risks nearly as often.

“There will be an occasional great movie, but mostly we’re dealing with very uniform entertainment.”

“I miss that there was less pressure to be perfect. Nowadays due to social media, especially sites like Instagram, so many young people feel like it’s necessary to always be dressed well, always wear a full face of make-up, etc.

“Sure, we had unrealistic beauty standards and plastic surgery before, but to me it feels like it’s gotten much, much worse and also much more uniform than before.” “There was this… magic to walking in and seeing all the VHS tapes stacked up high with so much awesome presentation, the excitement of getting a film you have been super excited about and the bucket of popcorn coming with candy and soda was just the absolute best part of the week.” “Music felt more special because you kind of had to take some risks when buying a CD. At best you could listen to it at one of the stations in the store, but other times you might have heard a song on the radio or watched a music video on MTV.

“I bought some albums where only the song I liked was good, but still tried to appreciate it all. And then you had some albums that were legendary and you could bring to friends’ houses just to share and listen to.”

“This continued well into the internet era but smartphones large killed it. Early cell phones were very basic and functional, basically just like having a landline in your car/bag/pocket. You could call someone or receive a call, but what did you say?

“Most of the time it was just making plans to hang out in person. You weren’t using the cell phone for long phone calls just to chat–those minutes were expensive.” 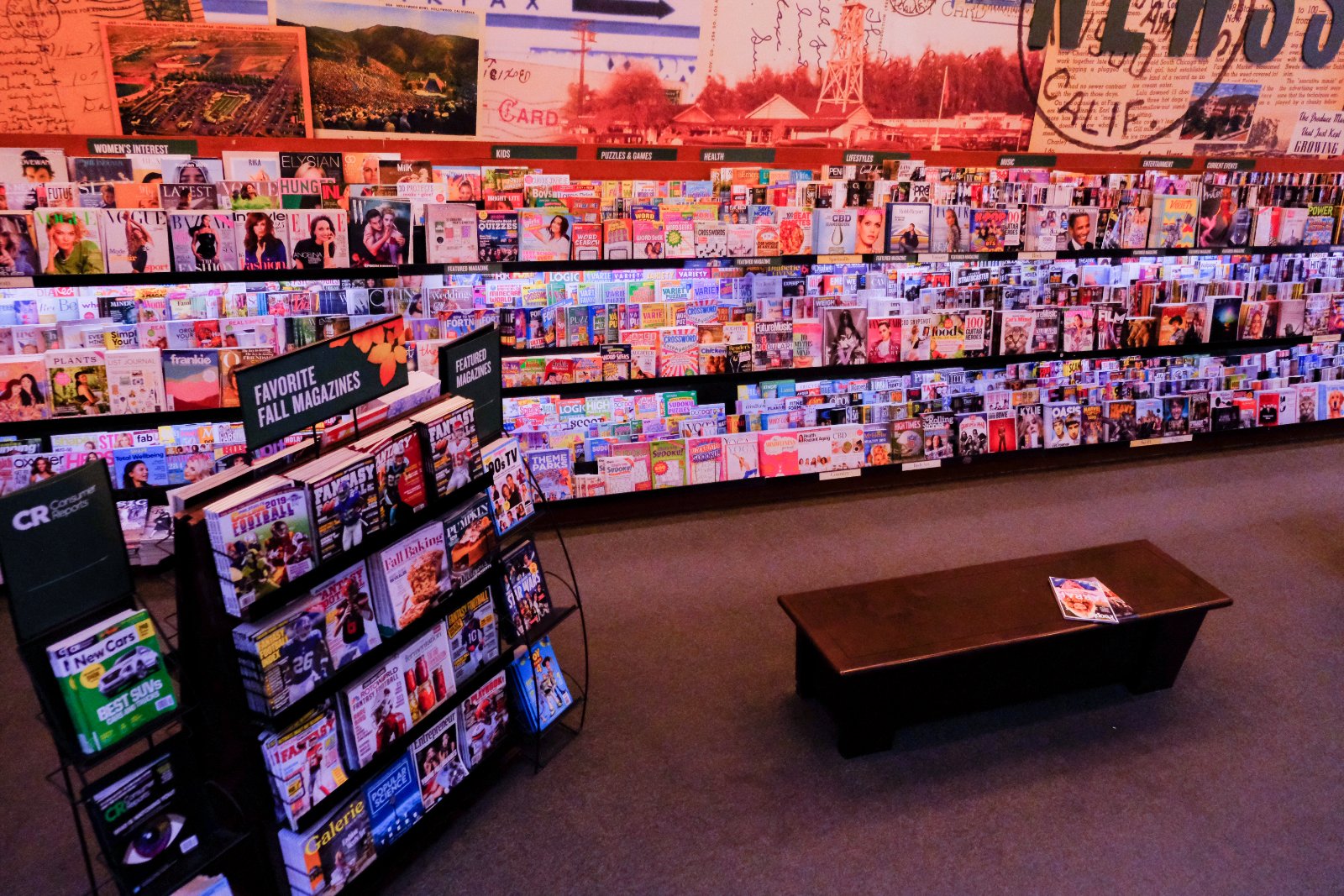 “Something my wife just brought up while talking about this post…….Magazines man! Everyone had their favorites for whatever hobby or interest you had. For me it was Guitar World, picking up the issues with bands I loved and plinking along to the Tab on my crappy electric guitar!

“For my wife it was 17, checking out the most recent trends! Or Thrasher when it was just a skate magazine and not a clothing brand.”

“There was a large goth scene.

“I like the goths. All the ones I knew cared for each other, were good people at heart. Might have a tough exterior, but they were the kind of people you want around when you are feeling unsafe, or had a mental health crisis.” “I was just a kid/young teenager but I only knew my best friends intimately. The rest of my class I didn’t know or care. Now it’s like all your followers are in your bedroom/home when you post to social media. Anyway.” “Going to the mall, and hanging out with friends. Malls were awesome, and I hate that the strip mall style has taken over. Especially up in Canada, where it gets to -40 in the winter.

“Back in the day you could legitimately spend hours wandering the mall, indoors and warm. Now it is depressing. Maybe the big malls like Mall of America or West Edmonton Mall are still okay, but the ones in my city are [expletive].” “Building cubby houses, playing in the creek, rollerblading, then coming home and playing Sega/Nintendo. I miss taping stuff off the tv 🤷🏻‍♀️ hanging out in my room, still playing with toys, reading cool magazines, going through my card collections.

“The hype of the cinema back in the 90’s. Not being a slave to technology, but still having wicked gadgets like Walkmans.”

“Videos were their peak. There were some great ones in the ’80s like Take on Me, or Radio Gaga or Don’t Come Round Here No More. But the ’90s took it to another level.

“Sabotage is amazing, and so is Intergalactic. Always loved the newest Tool videos and Foo Fighters were great. They were so much more cinematic.” “Loved ones could walk you right to the gate. You could bring snacks, sandwiches, and drinks onto the plane with you. The prices at Hudson News were perfectly reasonable, because if they weren’t, you could just walk out of the terminal and grab something.”

Hanging out after school.

“That Friday afternoon after school feeling, when you knew you had two glorious days before you had any responsibility again, so you’d call your friends on the land line and hope their parents didn’t pick up so it wouldn’t be awkward, and you’d get together and just… Go outside.

“That was it. There was no plan, but maybe somebody would bring a football, and you’d have a pickup game at the park.”

Most things were offline. “We didn’t live online yet. The internet was in it’s [sic] infancy and was a fun way to pass the time, but it hadn’t consumed us. Business was still being done in brick and mortar stores, our social lives were offline, etc.

“There was almost nothing to be purchased online, other than the online bookstore called Amazon. Pretty cool because they had a bigger inventory than you could fit in a building. And so it began.”

There was hope for the world.

“There was a period between the Cold War and the War on Terror when it seemed like there was hope for the world.”

“This exactly. Too young to have been worried much by the cold war… 9/11 was years away. Good music on the radio. That was the sweet spot.”

Meeting up without mobile phones. “Before we had mobile phones, my wife and I would plan to meet at a certain street corner at a certain time after work. We sometimes had to wait for the other person to show up, but we knew they would.” “My parents would always rent a movie and they’d let me rent a game. We’d walk to Pizza Hut, place our order, then walk to the brand new Blockbuster and browse.

“It was amazing as a kid. I remember they had an N64 kiosk in the middle, and I actually begged my parents to let me stay and play Starfox 64.

“Got it for Christmas that year and played it all night into the morning. I fell asleep at my grandma’s house at the table during Christmas dinner that night haha.”

“I honestly miss the internet from the ’90s.. I spent so many hours exploring, reading things…. every webpage felt like I was visiting someone’s house, they were so personal as design standards did not exist yet.

“I enjoyed my netscape navigator. And I LOVED my IRC chat rooms. Keep in mind I was like 9 and 10. lol, so I mostly spent time in Pokemon Chat rooms that had bots.”