Oscars 2020 host name is not finalized after the fiasco that happened with Kevin Hart’s old tweet and the Academy Awards are still deciding on whether to have a host or not. While the Oscars 2019 doesn’t have a particular host, it got good reviews and more than 31 million viewers watched the award show.

The Oscars 2020 may also follow the same and have no host at all, and instead have multiple guest stars leading the show. The Academy of Motion Picture Arts and Sciences, along with ABC studios who are the producer studio are discussing the potential of hostless 2020 Oscars awards. Here are the possible ways the 92nd Academy Awards (Oscars 2020) can have the host format along with information on the schedule and nominations.

Oscars 2020 having multiple hosts won’t be the first time when the Academy Awards have done that kind of format for the ceremony. The promotional trailer released for Oscars 2020 released on Wednesday contains footage from the 1975 Academy Awards, which was hosted by multiple stars such as Frank Sinatra, Shirley MacLaine, Sammy Davis Jr. and Bob Hope.

Even the 2010 Oscars had Alec Baldwin and Steve Martin as co-hosts, and 2011 Oscars had Anne Hathaway and James Franco leading the academy award show. Amy Poehler, Tina Fey, and Maya Rudolph were the leading names in 2019 Oscars who made sure that the show is entertaining enough for the audience.

Oscars 2020 could go entirely hostless as it has happened before in 1989 and even other award ceremonies had tried the same. But the 2019 Emmys ceremony had a 32 percent drop in ratings after they decided to go hostless. Lynette Howell Taylor and Stephanie Allain who are leading this year’s Oscars production team have yet not decided whether to go hostless or have multiple hosts for 2020 Academy Awards.

Ngl, the Oscars was great this year w/o a host.

Who should win this year’s Best Lead Actor Oscar?

The 92nd Academy Awards or Oscars 2020 will take place on February 9, 2020, at the Dolby Theatre in Los Angeles. The top movies leading the list for best pictures Oscars awards have the following nominees: 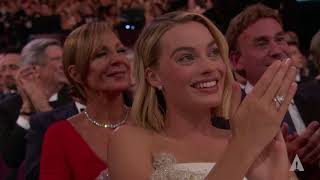