The 91st Academy Awards ceremony is set to take place in February this year. Here’s all that you need to know about who’s in the running and nominations.

On the glitziest night of the year, you will get to see the bright young talent and legends of the Hollywood. They will compete for the most coveted prize of the film industry.

When will the 91st Academy Awards take place?

The Oscar’s ceremony 2019 will take place on 24 February 2019. It’s a Sunday so you can keep everything aside and enjoy the awards ceremony.

How to watch 91st Academy Awards if you are in UK? 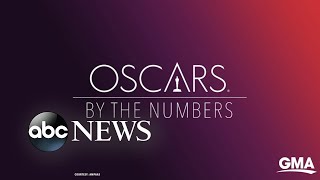 The ceremony will be aired on Sky Cinema (also known as Sky Cinema Oscars). The awards will air the entire evening starting at 10 pm showcasing the red carpet arrivals. The fronted coverage by Alex Zane “Oscar’s 2019: Red Carpet Live” will be broadcasted by Sky1 at midnight.

Then you can head to Now TV and Sky Cinema Oscar’s for the show between 1 am to 4 am. There you will get to know who got lucky and won major prizes. You can also watch the highlights of the awards on 25 February 2019 on Sky1 at 9pm and on Sky Cinema Oscar’s at 8 pm.

NOW TV is offering a Sky Cinema Pass which will cost £9.99 per month. You also have the option of a 14-day free trial if you are a new user. So you can watch it for free as well. The US audience can watch the ceremony on ABC.

Who are the nominees for 91st Academy Awards?

Roma and The Favourite are leading the pack this year. One is a semi-autobiographical drama of Netflix which depicts the story of a going housekeeper who works for a wealthy family in 1970s. While the other one is a fiction drama which revolves around the story of Queen Anne. Both them have ten nominations including Best Director, Best Picture and others.

Vice and A Star is Born are also prominent with their nominations. Black Panther is the first superhero movie to be nominated in the category of Best Picture. Debutant Yalitza Aparicio and Lady Gaga got nominated for their first ever film roles. Christian Bale is nominated for Best Actor and Best Actress is contested by Regina King, Glenn Close, and Olivia Colman.

Despite efforts for diversifying the member base, the category for Best Director does not include any female nominee. The nominations include Marielle Heller, Josie Rourke, Pavel Pawlikowski, Alfonso Cuaron, Spike Lee, Adam McKay, and Yorgos Lanthimos.

Where will the Oscars take place this year? 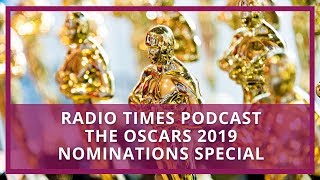 This year the awards will be held at the Dolby Theatre (the Kodak Theatre), on Hollywood Boulevard, Los Angeles.