One Punch Man Season 3 has not been confirmed officially till now and fans are getting worried over the delay of the anime series. While some of them want season 3 of One Punch Man to release as soon as possible, there is a large group who is ready to wait for more time if it leads to a better animation style. Fans want Shingo Natsume to return as the director for One Punch Man Season 3 as they disliked the animation of JC Staff in the second season.

It is why thousands of them have signed an online petition asking One Punch Man producers to bring back Natsume for the third season. While nothing has been confirmed till now, many of the rumors claim that change of studio back from JC Staff to Madhouse is the reason why One Punch Man Season 3 anime is getting delayed.

One Punch Man Season 2 received a lot of backlash over the character design and animation style. Fans complained that the quality of the anime has been dropped consistently with square faces and sharp edges, and criticized JC Staff for their work on the second season.

It led to fans starting a petition on change.org asking Viz Media to change from JC Staff to Madhouse and bring back Natsume as the director for One Punch Man Season 3. The petition has gained more than 2,800 signatures but there are a lot more fans asking the same as there are multiple such petitions for animation style in season 3 of One Punch Man anime series.

Shingo Natsume to Return for One Punch Man Season 3?

One Punch Man Season 3 could be directed by Shingo Natsume but the ultimate decision lies in hands of the anime producers. Natsume attended the AnimeFest last August in Dallas, Texas, where he was asked about his opinion on One Punch Man Season 2 animation quality and he admitted that it could have been better.

The director told that he would love to come back for the third season of One Punch Man and since he is a freelance director, it won’t be that difficult to arrange for that by Viz Media. Fans are hoping that Natsume returns to One Punch Man season 3 and bring back the original animation style back to the show. 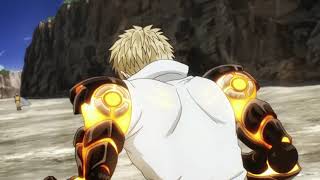