I just long for the simple things in life, like world peace, equality and One Punch Man Season 3 pic.twitter.com/WNjveNJKHv

The show takes a lot of time in production and also the makers are thinking to change the animation studio from JC Staff to Madhouse. However, if nothing of that sort happens and the website YourCountdown.to is right, fans could witness One Punch Man Season 3 premiere in just 7 more months.

One Punch Man Season 3 premiere dates have been speculated by a lot of anime fans and such a website popping up is no big deal. The website YourCountdown.to predicts the exact release date and time of upcoming anime series and sets a counter to remind how many days, hours, minutes and seconds are left for the show to premiere.

The first anime series mentioned on their front page is One Punch Man Season 3 and it’s claimed that it will release on September 22, at exactly 1:05 am in Asia/Tokyo time. It means that fans will have to wait around 200 more days for the third season of One Punch Man and watch Saitama in action once again.

One Punch Man Season 3 storyline will be based on the manga chapters and fans could read them if it takes longer than the above mentioned time. The third season of One Punch Man will just start the Monsters Association arc from the manga storylines and it means they will get to witness a lot of Saitama and Garou fight. As for the credibility of the release date countdown, fans should only believe a premiere date once One Punch Man Season 3 is announced officially by the makers. 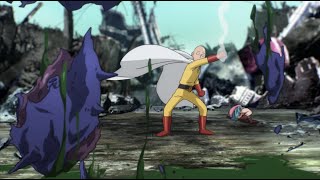