One Piece Chapter 979 won’t be coming out this Sunday as the upcoming manga installment has been delayed due to the Golden Week celebrations in Japan. The Flying Six members were revealed in the previous chapter and it seems they are very close to Kaido. One of them even called Kaido as stupid on his face and it shows that the group is really powerful dangerous.

Luffy and his gang are ready to attack the Onigashima party in One Piece 979 manga chapter and everyone is hoping the plan doesn’t go wrong. Kaido’s son might finally be revealed in the next manga issue as he been teased for the last two chapters. Here are more details on “One Piece” Chapter 979 new release date, spoilers, predictions, theories, raw scans leaks and how to read online the manga chapters.

One Piece Chapter 978 spoilers show that Luffy and Kid are carefully listening to the plan as they know the situation is very serious. Kinemon uses his techniques to change everyone’s clothes and make them look like the beast pirates for blending in. All the members of the Flying Six beast pirates were introduced in One Piece 978 manga and their names are as follows.

Kaido’s son has not been introduced yet and there are theories that he might be nothing like his father. Everyone is at Onigashima for the annual Golden Kagura and the Queen is drunk and partying with the waiters, gifters, and pleasures. One Piece Chapter 979 will finally show the raid in action as Luffy and his alliance attacks Kaido and his army.

One Piece Chapter 979 new release date is Sunday, May 10, 2020 as the manga issue has been delayed due to the golden week festival in Japan. However, the raw scans for the manga will be leaked online 2-3 days prior on the internet around May 8 and fans will start discussing the spoilers of One Piece 979 over Reddit and other social media platforms.

One Piece, Ch. 978: The fight for Wano is in full swing! Can the assault force catch Kaido by surprise? Read it FREE from the official source! https://t.co/1H0UVKqqH4 pic.twitter.com/qbba2LY8mT

Although, it would be better to wait for the official release of One Piece chapter 979 English version. One Piece manga chapters can be read for free on VIZ media and Shueisha’s Shonen Jump and Mangaplus official websites and platforms, and this would also help the manga creators. 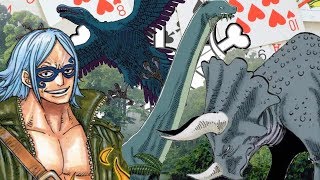