One Piece Chapter 978 release is just moments away and many spoilers about the manga issue are already out. It is leaked that all the six members of Flying Six will be revealed along with more hints on Kaido’s son. The Flying Six are given a special banquet at the Fire Festival in Onigashima hinting that they are very respected members of Kaido’s group.

While fans only know about X Drake and Page One as the members, One Piece 978 manga chapter will reveal the names of all of them. Here are more details on One Piece Chapter 978 new release date, spoilers, predictions, theories, raw scans leaks and how to read online the manga chapters.

One Piece Chapter 978 spoilers reveal that there are two beautiful women in the Flying Six group where one of them will be called Black Maria. The names of “Flying Six” members are inspired by British, Hungarian and Japanese card games. The Numbers of Onigashima will also appear in One Piece 978 manga installment and it seems they are very close to Kaido as they can call him stupid without any repercussion from the dragon.

Ulti is a very malicious and fearless person who tells Kaido that he is stupid on his face. Fans might also get to see more on Kaido’s son who was hinted in the previous manga chapter. It might be revealed in “One Piece” chapter 978 that Kaido’s son has no interest in the Onigashima hinting he has different motives as compared to his father.

One Piece Chapter 978 new release date is Sunday, April 26, 2020 as per Viz media official account. However, the raw scans for the manga are already leaked on the internet and fans have started discussing the spoilers of One Piece 978 over Reddit and other social media platforms. 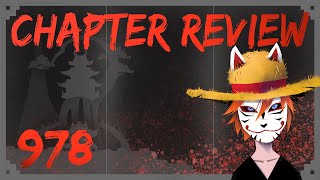