One Piece Chapter 977 raw scans and spoilers are out on the internet and it shows great things for Luffy and his alliance. The raid at Onigashima port is going on in full swing and the Straw Hats Pirates are joined by new fighters. One Piece 977 manga chapter spoilers show that Jinbei the Warlord has joined the raid and increased the strength of the Straw Hats alliance.

Macro the Phoenix, who was the former 1st division commander of the Whitebeard Pirates has also arrived to help Luffy in “One Piece” Chapter 977. The team-up of Luffy, Law, Kid, Jinbei and Macro are strong enough as they sunk the beast pirates ships that were attacking them. Here are more details on One Piece Chapter 977 release date, spoilers, predictions, theories, raw scans leaks and how to read online the manga chapters.

One Piece Chapter 977 spoilers show that Kanjuro was able to take Momonosuke to Onigashima and Orochi was ready to kill the boy. But Kanjuro said they could use Momo to capture Kinemon and the Scabbards. Momo will try to escape and Hiyori might able to help her brother as per some of the One Piece 977 manga chapter theories.

Jinbei and the other Whitebeard pirates with Macro are enough that the Beast Pirates will get worried about Luffy’s alliance. Kaido also talks about his son which will be revealed in One Piece Chapter 977. The legs of the Flying Six are teased at the end of raw scans pages and XDrake will also make an appearance in the next manga chapter.

One Piece Chapter 977 will release in stores on Sunday, April 12, 2020, as per the official sources. However, the raw scans for the One Piece 977 manga chapter are already leaked online on the internet and fans have started discussing the spoilers of One Piece 977 over Reddit and other social media platforms.

One Piece, Ch. 976: The fight for Wano continues! Will Oden’s death be avenged? Read it FREE from the official source! https://t.co/DpnwYP4BPC pic.twitter.com/hYBgG13lHg

Although, it would be better to wait for the official release of One Piece chapter 977 English version. One Piece manga chapters can be read for free on VIZ media and Shueisha’s Shonen Jump and Mangaplus official websites and platforms, and this would also help the manga creators. 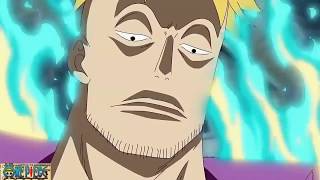