One Piece Chapter 973 release date has been delayed by a week which makes sense as the creators would take a break as they resume the present timeline. The next manga installment would be the end of Oden’s flashbacks and resume Luffy and the rest of the straw hats storyline. One Piece 973 may also reveal the fate of Lady Toki as she was presumed dead while sending the Scabbards and his son into the future.

Many of the fans are also discussing the theory that Luffy is the reincarnation of Joy Boy and “One Piece” Chapter 973 might give some sort of hint on that front. Here are more details on One Piece Chapter 973 release date, spoilers, predictions, raw scans leaks and how to read online the manga chapters.

One Piece Chapter 973 Spoilers: Luffy is the Reincarnation of Joy Boy Theory

One Piece Chapter 973 will also explore the future prediction of Oden when he said something along the lines of a figure appearing over 800 years-span who will come to Wano about 20 years into the future. Fans have been speculating theories that this mysterious figure is Joy Boy and his reincarnation is Luffy as it makes sense timing-wise.

Luffy could be the one who finds the one piece treasure and comes to Wano for the great war and defeats Kaido and Orochi. One Piece 973 might also feature the end of flashback when Toki sends Kinemon, Kiku, Raizo, Kanjuro and Momo 20 years in the future. Everyone believes that Toki died when the Kuri castle was burned down, but One Piece Chapter 973 will show that she survived and will reunite with her children.

One Piece Chapter 973 will not release this weekend as Oda and the other creators are on a hiatus. The next installment of One Piece will now come out in manga stores on Sunday, March 8, 2020. However, the raw scans for the manga will leak online 2-3 days before and fans will start discussing the spoilers of One Piece 973 over Reddit and other social media platforms around March 6. 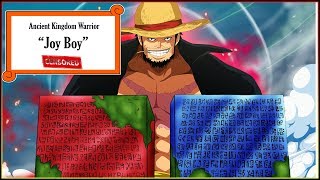