One Piece Chapter 972 is going to get very intense and emotional as the Wano arc will finally be over with the slow and painful death of Oden Kozuki. Despite getting executed by Kaido, Oden managed to save his family and the Nine Red Scabbards by lifting the lid while getting boiled alive. But at the same time, the manga creator Ode will make something happen that can give cheer up the fans and what’s better than Jinbe returning in One Piece 972 manga chapter.

One Piece Chapter 972 plot will finally show the much-awaited reunion of Jinbe with Luffy and the rest of the Straw Hat pirates crew. While the speculations of Jinbe coming back after the end of Wano arc were alive, avid manga readers have predicted it to happen in chapter 972 of the “One Piece” manga series.

Fans have pointed out that One Piece 937 color spread page had Zoro wearing a shirt with the image of a sun with the word pirate written on it. Also, the number 972 was written behind Nami leading to theories that Jinbe will reunite with Luffy in One Piece Chapter 972.

Luffy has been expecting Jinbe ever since Big Mom arrived in Wano and there have been numerous hints regarding the same. It will be the perfect timing as the flashbacks end after Oden’s death in “One Piece” Chapter 972 as Jinbe joins Luffy in the adventures ahead.

One Piece Chapter 972 will release on its regular schedule without any hiatus and come out in stores on Sunday, February 23, 2020. However, the raw scans could be leaked online two to three days prior and fans can catch glimpse of One Piece 972 over the internet around Friday, February 21.

Although, it would be better to wait for the official release of One Piece chapter 972 as it can be read for free on VIZ media and Shueisha’s Shonen Jump, and Mangaplus official websites and platforms, and which would also help the manga creators. 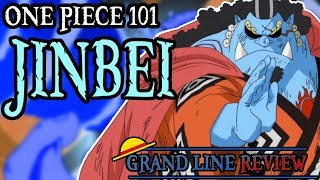