One Direction reunion is finally happening as the boy band is getting back together for their 10th anniversary. The band broke up in 2015 when one of the lead singers Zayn Malik decided to quit and eventually everyone went their separate ways. Fans have always been hoping that One Direction will get back together and this year is the perfect time for the reunion.

It seems that 1D Reunion is on its way as hinted by Liam Payne who talked about the 10th-anniversary celebration. But the biggest question is whether Zayn Malik who is now a solo superstar will join the band during the One Direction reunion performance?

The reunion of One Direction band was kind of confirmed when the band’s official website was revived and updated with 2020 copyright. Everyone knows that it has been 10 years since the band was formed and the milestone must be celebrated with all the members coming together.

Fans have noticed that One Direction have been updating their social media accounts… could their reunion be coming soon? 👀 #OneDirectionSave2020 pic.twitter.com/9ykoXBaAvl

There are also rumors that One Direction will come up with a new song called “Five” which has been co-written by the band and will release in October 2020. One Direction 10th-anniversary reunion is very much awaited by all the band fans and they are hoping to see them perform together.

Zayn Malik to Join the One Direction Reunion?

Harry Styles has also hinted that One Direction will be coming back together in a recent interview. Fans are hoping that Zayn and other gang members will put their differences aside and give out the best One Direction reunion tour. 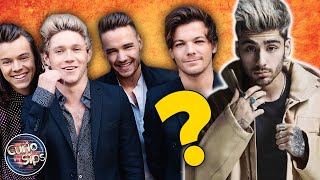