Thanksgiving was not so “thankful” for a family in North Carolina . A heated Thanksgiving argument turned ugly when a man shotgun his son.

Apparantely, Jorge Luis Valencia- Lamadrid invited his family for Thanksgiving dinner, where his sons started debating about kneeling players in the NFL. The argument turned physical and Luis tried to stop it. However, when he sensed that the things are getting out of hand, he took his shotgun and pointed at his 21-year old son, asking him to leave the home. 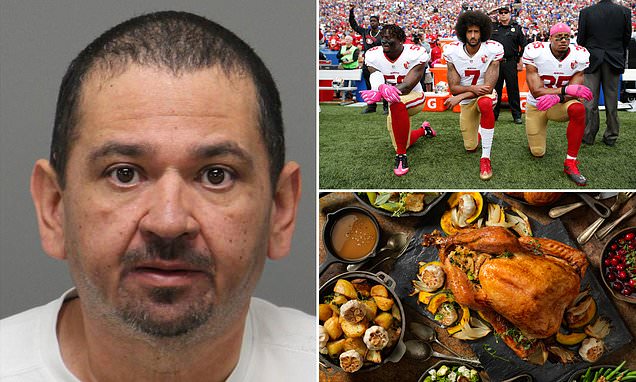 The son all heated up himself threw a water bottle at his father which caused him to the pull the trigger. The pellets hit the son on his hand and leg. There are no serious injuries reported on the son.

Jorge was arrested at the moment and charged for assault. He has now been released. You all should be thankful that you don’t have anything like that in your family.