NFL training camp is done, preseason games have been played and even the roster cuts have been finalized. With 53 players on every NFL team, NFL 2019 regular season will finally start on Thursday, September 5. The first game will be played between Chicago Bears and Green Bay Packers which will kick off the most epic sports event of this year.

The Patriots WR group was one of the most discussed positions in the NFL this offseason. Here’s how it’s landed for Week 1:
* Julian Edelman
* Josh Gordon
* Demaryius Thomas
* Philip Dorsett
* Jakobi Meyers
* Gunner Olszewski

New England Patriots are not opening the 2019 season despite winning the Super Bowl earlier this year. The Patriots will face their division rivals Pittsburgh Steelers in a game which could get much intense. Here are the ways to live stream Week 1 games of the 2019 season along with the full schedule for the first week.

NFL 2019 season games won’t be stopped by anything and even the Dorian hurricane, the games will go as per the plan. While the preseason games were just a trial run, the real deal is here. The major networks such as ESPN, NBC, CBS, FOX and others will live stream the matches the moment it happens in the big stadiums.

Along with that, there are options such as NFL Game Pass to watch every game at one place. Every major streaming service will be providing the live access to NFL Week 1 games. Hulu Live TV, Amazon Prime, DirecTV Now, PlayStation Vue, Sling TV, etc. can be used to watch the NFL 2019 season games. 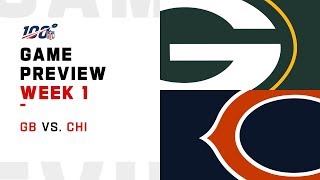