NFL Sunday brings a lot of games in the Week 2 of 2019 regular season. While the season openers were just the trailer, the real fights will start now. The whole Sunday is jam-packed with 14 NFL matches to be played on September 15. It could be tough to watch all of them on cable TV and hence the best way is to live stream the games. Further, we have provided predictions and betting odds for the top 3 games:

NFL 2019 season is the biggest sports event of the year and it will break all the viewership records. Every major streaming service provides access to NFL games. One can subscribe to any of the services and integrate them into their sports package to watch the NFL games online. Here are the best streaming services as recommended by NFL itself to watch the Sunday night football games.

Dallas Cowboys looks way stronger than the Washington Redskins but don’t expect a one-sided game. The Redskins were almost about to beat the Eagles if they could have held on in the final few quarters. The Cowboys have the best offensive side with Dak Prescott, Ezekiel Elliott, Amari Cooper, and otters. Although most of the Cowboys vs. Redskins predictions are inclined towards Dallas, there could be a major upset.

I’m told not to expect #Redskins to travel CB Josh Norman with #Cowboys WR Amari Cooper. They may do some situationally if they plan man coverage and Cooper in slot. But plan is to have Norman stay on his side with Quinton Dunbar or DRC on the other.

Indianapolis Colts lost their first game when they played without Andrew Luck and Jacoby Brissett was the starting quarterback. While the Tennessee Titans defeated the strong Cleveland Browns lead by Baker Mayfield with a 30 points difference. Still, NFL experts believe the Colts could beat the Titans in a game which will be very close in points. Brissett has to perform, or the Colts could lose the game and his position can be in trouble.

What makes Patriots vs Dolphins interesting is that it has the biggest difference in points in terms of betting odds. The Patriots will easily beat the Dolphins and the game would be over by the first half. But most of the people want to know whether Antonio Brown will play for the New England Patriots or not. Patriots won their last game with 30 points and Dolphins lose with 49, maybe this game will have a difference or more than 50 points. 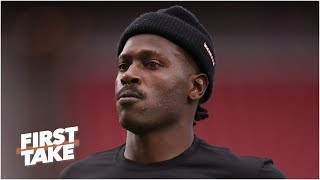