New England Patriots just traded Demaryius Thomas to the Jets for 2021 sixth-round pick and it has opened a spot on their roster. There is a name whose name is in a lot of reports for coming back to the Patriots and it is none other than Rob Gronkowski. The retired tight end has been rumored to make a comeback to NFL and he’s been dropping hints about it too.

Gronkowski recently posted an eyes emoji on Twitter without any explanation. While it could mean anything, the Patriots fans think that he is coming back. There are so many reasons for Gronkowski to come out of retirement and the latest one also includes Antonio Brown joining the Patriots and the team getting stronger than ever.

Rob Gronkowski retired earlier this year due to health concerns but he’s currently in a good shape. He also attended the pregame session of the Patriots vs Steelers match and was seen with his former teammate. The recent eyes emoji on Twitter is enough to grab everyone’s attention towards him.

Rob Gronkowski has informed the New England Patriots, that he will be coming out of retirement and will play in the 2019-2020 NFL season- per, @AdamSchefter

If the #Patriots opened up a roster spot for Rob Gronkowski by trading with the Jets for the first time since 2000 (when they acquired Bill Belichick), it's the best troll of all time.

Meaning there’s a space on the Pats roster.

Fans on Twitter had started to speculate things and Gronk coming back to Patriots has become a trending topic. At the same time, Gronkowski also joked about joining the Patriots in Week 14 games and ready to play another Super Bowl final.

New England Patriots thrashed the Pittsburgh Steelers with 33-3 in their season-opening game. Everyone on the team including Tom Brady is on the top of their game. Patriots vs Dolphins is the next game which they also are predicted to win by the biggest margin.

Antonio Brown joining the Patriots has given strong support to Brady and made the entire roster powerful. There are so many reasons why Rob Gronkowski can come back to play for the New England team. Gronk has also been part of so many businesses ventures that another year with the Patriots would benefit him a lot. 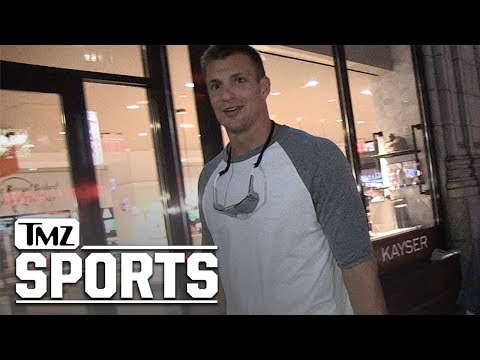