NFL 2019 season is about to start and the Oakland Raiders are suffering from the helmet drama of Antonio Brown. Despite filing two grievances in court, there is no solution and Brown is still stuck on his older helmet. Brown argued that he should again be given one year grace period to find a replacement for his older helmet.

There is no way NFL committees are doing that as Brown is just trying to use some of the loopholes. The Raiders have completely lost it can no longer tolerate the tantrums of Brown. Ever since his deal in March, Brown has not played a single game for the Raiders. It looks like Brown won’t debut for the Raiders this year as he might be given a partial retirement.

The whole saga of Antonio Brown and his helmet ban has stopped him from making his debut in the Raiders team. Brown is missing out practice sessions and has not reported to the training camps. The top officials of Raiders side are now fed up with the whole drama and issued a final warning to Brown.

Kyler Murray to Antonio Brown: “Why they gotta bring the house on me, bro?” #HardKnocks

Mike Mayock, the general manager from Raiders has given an ultimatum to the seven-time Pro-Bowler. Brown has been said that it’s time for him to be all-in or all-out” soon. If the veteran player misses out a few more games, then the Raiders will kick him out of the team.

Brown Out from NFL 2019 Season

Oakland Raiders might give Antonio a five-day warning letter and which would give him 5 days to make a decision. In those days, Brown has to report to the Raiders camp or he will end up on the reserve list of players. If Brown gets his name on the list, he won’t be able to play a single game in 2019 NFL season and his salary for that duration will also be not provided.

Antonio Brown posted a short video on Instagram Stories of him hopping on the Raiders flight to Winnipeg.

Brown will make $14.5 million in base salary and around $30 million for the next years. The Raiders traded Brown from the Pittsburgh Steelers in a three-year deal for $50 million. Brown has a very impressive track record and putting him out will be hard for the Raiders. 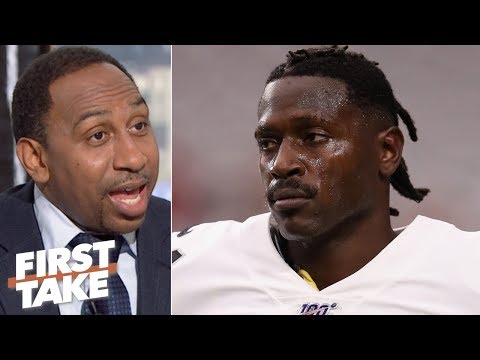