Cleveland Browns lost badly to the Tennessee Titans on the Week 1 Sunday game but there is no need to worry. The Browns never win anyways in the season opener and are 1-19-1 in their first game since 1999. Although, it was surprising that the Titans dominated the game and made it one-sided by winning with 30 points the difference. No one expected that final quarter for Browns would go so bad as they lost at 43-13 against the Titans.

It doesn’t mean that the rest of the season will go same as Baker Mayfield and Odell Beckham Jr. are still there in the teams. The first game had jitters, Browns needed time to adjust playing with all the new players on their roster. Cleveland will soon get back in form and Mayfield and company will win the rest of NFL 2019 season games.

Titans vs. Cleveland Browns game can’t be taken as something which will repeat in the rest of regular season. The Browns gave almost two football fields worth of penalty yardage as there was no bonding and coordination between their players.

The good thing is, Baker Mayfield & Odell Beckham both seem like dudes who deal very well with adversity.

Jared Goff and Baker Mayfield had terrible week 1 performances but will get half the slander Mitchell Trubisky received.

Both Goff and Mayfield have better weapons around them too. Not an excuse for Trubisky as he has plenty to work with but to jump ship on the kid is baffling.

Everyone has huge expectations from Baker Mayfield but he was injured during the game and couldn’t do much for his team. Luckily, the injury was not as serious as the X-ray report showed that it was just a hand fracture. Odell Beckham Jr. was the name that surely disappointed but give him some time and he will be fine. The Browns now know what went wrong and they will surely work it out before the next game.

The Browns just had a bad day as 16 out of the 32 teams lost in the Week 1 game. There is no need to worry for the rest of the games as Cleveland roster have a lot of good players. Myles Garrett, Larry Ogunjobi, and Olivier Vernon are three of the best pass rushers that can stop any quarterback.

Denzel Ward is one of the best young cornerbacks the Browns has ever seen. Baker Mayfield, Odell Beckham Jr., Nick Chubb, David Njoku, and Landry also makes a great offensive line which could prove fatal in the next few games. The Browns would probably forget the first game and start the Week 2 with a clean slate for the rest of 2019 season. 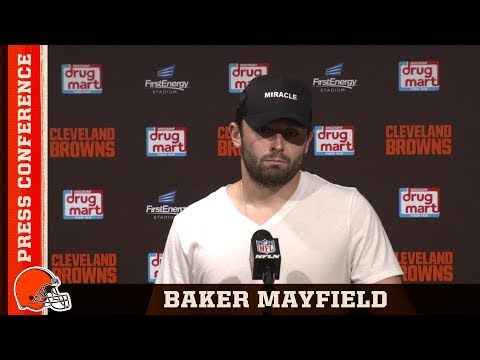