Melvin Gordon is finally ending his holdout and will return back to the Los Angeles Chargers team soon. Although, it is said that Gordon won’t play in the Week 4 Chargers vs Dolphins, there are still ways to make it happen. It was earlier reported that Gordon will play for the LA Chargers in the Week 5 game against the Denver Broncos.

Sources: The holdout is ending. #Chargers RB Melvin Gordon is, in fact, reporting to the team tomorrow. He won’t play this week, but he is planning to be back in the fold with his teammates.

Melvin Gordon said the Chargers reduced his fines in half: “It comes with consequences siting out,” he said. “To think the fines would be completely washed away, I knew if I got in this situation, it wouldn’t be. You do something against the rules, you pay the consequences.”

But the latest reports indicate that the two times Pro Bowler running back can also play on September 29, Sunday NFL games. The Chargers are currently low on players as many of them were injured in the first few games of the 2019 NFL season. It is why they will make arrangements so that Melvin Gordon plays in the Week 4 game against the Dolphins.

Read more:  Pacquiao vs Thurman Prediction: One Last Look At The Odds Before The Match

Chargers won’t take any Risk against the Dolphins

The Chargers replaced Melvin Gordon with Austin Ekeler and Justin Jackson who after the first game couldn’t perform any better. To make things worse, Jackson has been ruled out in the Week 4 games due to a foot injury. It leaves the Chargers facing the Dolphins with just Ekeler and undrafted journeyman Troymaine Pope.

Chargers HC Anthony Lynn said Melvin Gordon will practice Thursday, but reiterated that it’s doubtful he’ll play on Sunday vs. Dolphins. However, Lynn said Gordon might travel with the team to Miami.

It is necessary for the Chargers to win their next game and they won’t be taking any risk even if their opponents are Miami Dolphins. Gordon playing in Miami will make sure they are on track and can level their score to 2-2.

Melvin Gordon can be Activated in Miami

Chargers vs Dolphins won’t be that easy for the LA team as they will miss players such as Mike Williams, Travis Benjamin, and Hunter Henry due to injuries. It is why the Chargers are flying with Melvin Gordon on their team to Miami for the NFL Week 4 Sunday games. Gordon is currently on the NFL commissioner’s exempt list seen by Roger Goodell.

The running back was put on that list as he went on a holdout to get a new contract. But with Gordon returning back to the Chargers, they can take him off the list and activate him for the Chargers vs Dolphins game. 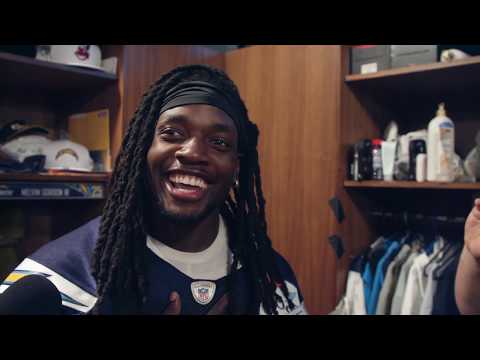