Jordan Love is one of the top names in NFL Draft speculations this week. The quarterback from Utah State is keeping the rumor mill busy for 2020 NFL draft picks. New England Patriots are keeping a strict eye on Love as they have lost their top quarterback Tom Brady this year. Jordan Love could be one of the young quarterbacks that is signed by the Patriots in the 2020 NFL draft event which is totally changed due to the ongoing Coronavirus Lockdown.

NFL 2020 draft will have the quarterback position as one of the most speculated positions like every year. But this year, it is more special as veteran QBs like Tom Brady have left their career-long franchise team. New England Patriots have other quarterbacks in their roster but in the absence of Brady, the team would be more aggressive on their bid in the QB market.

% of uncatchably off-target throws targeting when an OPEN receiver 5-18 yards downfield in 2019:

Jeremy Fowler from ESPN has reported that New England is doing some serious homework on Jordan Love this season. Although Love’s numbers have dropped over the last year, experts believe that he’s a good player and with proper coaching, he can become an excellent quarterback. Justin Herbert from Oregon is also on the trade radar of Patriots, but the Las Vegas Raiders and Los Angeles Chargers are already making a pre-draft inquiry about the quarterback.

NFL Draft 2020 will be Online due to Coronavirus Pandemic

NFL committees are following all the safety precautions to stop the spread of the virus and hence there won’t be any in-person pre-draft meetings this year. The interested NFL teams can do phone and video calls for interviews with the prospects. NFL Draft happening between April 23 to April 25 has not been canceled, but there will be no public and will be a televised-only event. 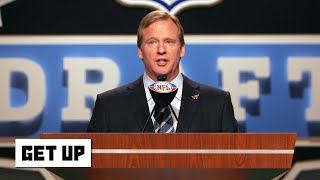