Golden State Warriors are considered as the underdogs for the next NBA season even though they made to last five finals. The reason is simple as Durant, Cousins, Jordan, Cook, Iguodala and Livingston have left the team. The Warriors have all hopes on Stephen Curry, Klay Thompson and D’Angelo Russell for the future.

Out of it, D-Lo is rumored to be traded out soon as he doesn’t fit in the team. It means the Dubs team would be soon looking for more players for the next NBA season. Here are the possible Warriors deals with Kevin Love, Blake Griffin, Andrew Wiggins and Aaron Gordon.

Kevin Love has played against the Warriors in three NBA finals and has given them a tough fight. Even though Love is battling his injuries, he still had an average of 17.0 points and 10.9 rebounds last season on 34.9 percent three-point shooting.

Is it a good move for the Cavs to deal Kevin Love to the Blazers? 👍👎#BeTheFight #Cavs pic.twitter.com/K7Oi7r8nsm

Love can get better in the Warriors as he doesn’t need to carry on the entire offense like in the Cleveland Cavaliers. The only problem is that Cavs might not agree for a deal but Love can convince them for a trade exchange.

Blake Griffin has improved so much in the last few seasons that any of the NBA team would like to sign him. In the last season with the Detroit Pistons, Griffin had an average of 24.5 points, 7.5 rebounds and 5.4 assists per game.

Including the 50 point game against Philly.

I still can’t believe THAT man is a Piston.

It doesn’t end here and Griffin also got his first All-Star appearance and it has further improved his confidence. While the Pistons are nowhere close to the next NBA title, Warriors could use Griffin for getting back in the game.

Andrew Wiggins is one of the young players that the Warriors could sign and make him their future star. Wiggins had an average of 19.4 points in his last season with the team of Minnesota Timberwolves.

The Warriors could make Wiggins into a great offensive player and unlock his full potential. The Wolves and Warriors can agree on a deal and even Robert Covington can be the name thrown into the mix.

Golden State Warriors could add Aaron Gordon to their frontcourt along with Draymond Green and Kevon Looney and make a solid trio. In the last season with the Orlando Magic, Gordon had an average of 16.0 points and 7.4 rebounds.

Aaron also helped the Orlando team to reach the playoffs for the first team in 2012. Gordon has a wide range of skillset where he can also shoot 34.9 percent of three-pointers. The Warriors would not miss a chance to have someone like Gordon in their team for NBA 2019-20 season. 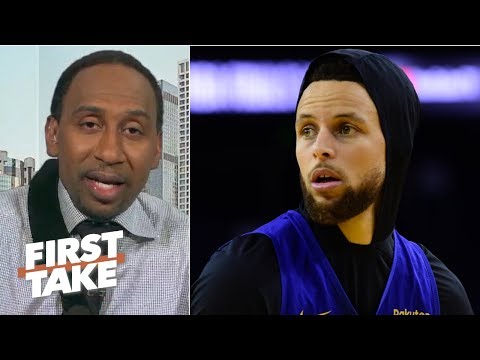