Golden State Warriors are currently the frontrunners for signing the 2019 NBA MVP Giannis Antetokounmpo. Even though the Greek Freak is under contract with the Milwaukee Bucks for two more years, there is a way around it after all. Giannis can request a trade out from the Bucks given how they perform in the NBA 2019-20 season.

The Warriors are ready to offer a big price or assets for signing Giannis and the latest buzz is that they could trade out D’Angelo Russell in an exchange deal to the Bucks. It would work out for both the Warriors and the Bucks and made them the top teams in their respective NBA conferences.

Giannis Antetokounmpo is loyal to Bucks and would play with them for years but it won’t be any productive. The Warriors have reached the NBA finals straight for the last five years and are also one of the top contenders for the NBA 2020 finals. Giannis would very much want to play for a team where he can win the NBA title along with the MVP award.

The Milwaukee Bucks have been fined $50,000 by the NBA for violating league rules governing timing of player contract comments, when team spoke publicly about offering Giannis Antetokounmpo the super max.

The Golden State Warriors are his best bet right now and with Kevin Durant gone, he can be their future superstar. There are times where NBA players can request a trade out even before their contract is over and Giannis can ask the same to the Milwaukee Bucks.

D’Angelo and Giannis Exchange works for Bucks and Warriors

The Warriors are the main threat to every NBA team who is planning to sign Giannis Antetokounmpo as they have the assets ready to make such a big deal. D’Angelo Russell was always bought into the team as a trade asset and he could be a key factor to make the deal successful.

The Milwaukee Bucks will be more than happy to receive a trade package which includes Russell, Looney, and a few other picks. Also, D’Angelo Russell would fit much more in the team of Bucks where he can take the lead in the absence of Giannis. 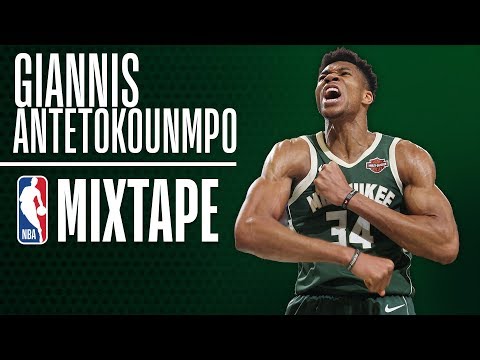