Kyle Kuzma has been put on the trade block by the Los Angeles Lakers so that they can get a few veterans who can help them in winning this year’s NBA title. While the Lakers had earlier no intention to trade out Kuzma, they have now started to listen to the offers for their young guard.

Sacramento is among the teams that has tried to engage the Lakers in Kyle Kuzma trade talks, league sources say. The Kings know they would have to include sharpshooter (and soon-to-be restricted free agent) Bogdan Bogdanovic, for starters, in a Kuzma deal

As per the reports, Golden State Warriors is the latest team who could possibly sign Kuzma before the February trade deadline. The Warriors could offer a trade package of Alec Burks and Jordon Poole to the Lakers in exchange for Kyle Kuzma. Even the Lakers would add a future second-round draft pick to make the deal more balanced if they are interested in the offer.

Golden State Warriors are at the bottom on NBA Western Conference points table with 9-26 record which means they could easily get the first overall pick in 2020 NBA draft lottery. Kyle Kuzma would fit perfectly in the Warriors and can handle the backcourt until Klay Thompson and Stephen Curry are recovered fully and return to the team.

Also, Kuzma is currently only 24 years old and will be entering the final year of his rookie contract which will make him a better addition to the team who won’t add much of their cap space. D’Angelo Russell is rumored to leave the Warriors after the trade deadline and Kuzma would be a much better fit.

Alec Burks is one of those veterans who could contribute a lot to the Lakers by his immense experience. The Lakers could pair Burks with Dwight Howard who has shown an amazing form this season. Burks has been excellent in scoring from isolation and has an average of 1.03 points per possession which would prove very helpful to the Lakers.

I would like to see the Lakers make a move for Alec Burks. Very cheap contract, decent shooter, a guy that wants to win. I could easily see him being a scorer off the bench.

The biggest issue faced by the Los Angeles team is the load management of LeBron James and him getting constantly injured. Alec Burks could easily handle the load in the games where LeBron is placed on the bench and the Lakers are looking for a player like that. 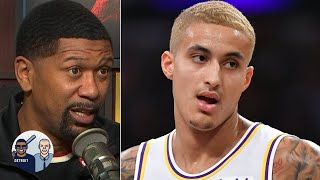