Carmelo Anthony might not get an NBA deal and the whole 2019-20 season will probably end. The entire situation has changed so much in the past few years and Melo wishes he could go back in time. In 2017, when Anthony left the New York Knicks, he had a no trade clause meaning he could pick whichever team he pleased.

Melo is not coming to Portland

In a recent interview, Damian Lillard was asked about his views on the Carmelo Anthony situation. While Lillard nowhere said anything bad about Melo, his tone was not friendly either. Lillard and CJ McCollum have a good thing going in Portland Trail Blazers and he doesn’t want any kind of disturbance. Here is what Damian told when he was asked about Melo coming to Portland team.

Three times won't be a charm for Carmelo Anthony.

I tried for two years to convince Melo to join me and CJ in Portland but he never responded. First, he went to the Oklahoma City and after that, he joined the Houston Rockets. Now, I’m like he ain’t coming here. Melo deserves to be on an NBA team but Portland is not one of them. He can sign with other teams but he ain’t welcome in my city.

Damian Lillard and CJ McCollum wanted Melo to join them so the Trail Blazers could move ahead. But he was too egoistic to listen and joined Paul George and Russel Westbrook in OKC Thunder. It didn’t last much longer and Carmelo then went to Rockets to play alongside James Harden and Chris Paul.

If the Nets sign Melo whats their record when KD returns?
•
KD and Kyrie are reportedly both pushing the Nets to sign Carmelo Anthony (via. Frank Isola) pic.twitter.com/iseiiI7yXR

Carmelo Anthony's reps have had talks with the Sixers, via @TheAthletic.

Melo’ s bad attitude was the reason why he was moved out of there too and now hangs without any team. Lillard and company on the other side have made a strong roster with rookie players. Melo should leave his attitude behind and stay humble and NBA teams like Brooklyn Nets or Miami Heat may offer him a deal soon.

Read more:  NBA Trade news: Kawhi Leonard Lakers deal is almost done, but they have to wait a little more 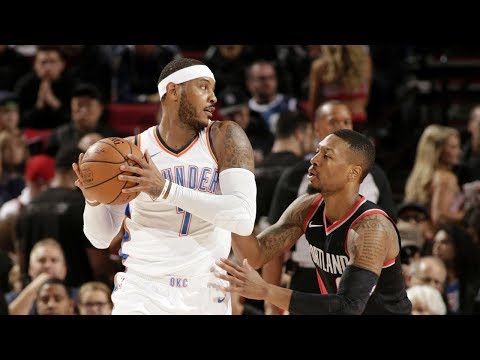