Kevin Love has been on the trade radar of every team ever since LeBron James left the Cleveland Cavaliers team. Everyone thought that the Cavs would go for a major rebuild and Love would be traded out soon in exchange for the younger players. But the Cavaliers surprised everyone by signing him for long term five-years contract.

"We're in a time now where hopefully there'll be a shift in the way we look at mental health."

On the eve of #WorldMentalHealthDay, @kevinlove sat down with 500+ fulltime Cavs team-members to share his experience with anxiety & depression and his message of advocacy & awareness. pic.twitter.com/612yzii06Q

Although it doesn’t mean that Kevin Love would stay in Cleveland forever, as the rumors of his exit are slowly picking up. The Cavaliers would surely trade out Love to some other NBA team but they are in no hurry for that. In exchange for Love, the Cavs would ask for a very high price, which will be difficult to get given the current state of the NBA star.

The Cavaliers have made it solid that they won’t be trading out Kevin Love so easily given how much their team depends on him. Instead of totally rebuilding their team, the Cavs would try to build a franchise around him. But at the same time, they are also listening to the trade offers which other NBA teams have given for signing Love.

The Cavs look like Tristan Thompson and Kevin Love are running a summer camp pic.twitter.com/GouyiNWQHM

Cleveland has been answering every call inquiring about Kevin Love and waiting for one blockbuster deal. If someone is willing to offer them a huge package of future draft picks and young players, the Cavaliers won’t mind trading Love to the interested team.

Kevin Love is Not in his Prime Anymore

Kevin Love is now 31 years old and spent most of the NBA 2018-19 season with an injury as the Cavaliers finished the worst in the league. Even LeBron James is now working in the role of a passer as Anthony Davis takes the lead, and the same would be the case with Love. He has gotten slow and without James supporting him, can’t score the same he once used to.

In honor of all of the Jokic jokes:

Collin Sexton and Cedi Osman, the younger stars of Cavaliers are better performing players than Love who is All-Star power forward. The Cavs are aware of the fact and they can’t risk waiting a few more seasons where no one would pay a high price for Love. It is why they are asking for a high price now and hoping someone would offer them the deal. 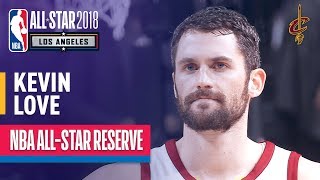