Steven Adams is one of the odd men out who should probably move out of the Oklahoma City Thunder. OKC is going through a major rebuild after the team lost their biggest names in the free agency deals. Paul George went to the Clippers to join Kawhi Leonard and Russel Westbrook went with the Rockets for teaming up with James Harden. The Thunder have to entirely change their roster after the deals and they are no longer a playoffs contenders in the already loaded Western Conference of NBA.

Adams is a talented player who could make a difference and deserves better supporting cast. The 26-year-old center should leave the Thunder and join a better team such as the San Antonio Spurs. Adams will have a better shot at the playoffs and can even team up with LaMarcus Aldridge to make a solid duo.

Steven Adams wants to be in Playoffs

San Antonio Spurs were once a solid team who lost all its stars and now have a big opening. Kawhi Leonard became a huge name after he left the Spurs to sign a deal with Toronto Raptors. They could be a perfect fit for Steven Adams who has been left in the sinking ship of OKC Thunder.

Great to meet the awesome @RealStevenAdams & his team at Sports Pathways. We are proud to be supporting their fantastic work with the Steven Adams High School Invitational, looking forward to doing more together @skysportnz pic.twitter.com/HkaYrUIqPe

Even the player himself is waiting for any NBA team to offer him a deal so that he can move out of the Thunder side. Adams is a great center who can help any team and also he is in the prime years of his life. The Spurs have a legit shot at the 2019-20 playoffs if they let Adams step up and take the position of Aldridge.

The Spurs are currently using LaMarcus Aldridge as their main center at No. 2 which not his natural position. Steven Adams can come in the roster and take the center spot and it will allow Aldridge to move down to No. 4 where he is more flexible. The duo can make the frontcourt of San Antonio Spurs much better and boost their whole roster.

Adams and Aldridge might not be that athletic but they can make it up by their size and brute strength. Steven can do the dirty work of screening and rebounding which will make Aldrige and DeRozan free to shoot and score for the Spurs. 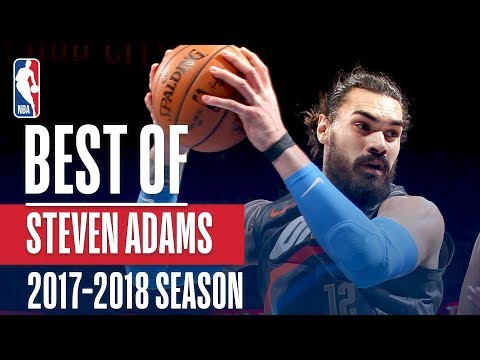