Kevin Durant got the max contract from the Brooklyn Nets in 2019 free agency despite his Achilles tendon injury. Durant is an NBA All-Star who could change the game for any of the NBA team he plays for. The Golden State Warriors lost the last NBA finals to the Toronto Raptors because Durant was injured in the fifth game.

There is a growing sentiment around many in the #NBA that Kevin Durant could be back this season. Remains to be seen. #Nets

The Nets had faith in Kevin Durant and believe he will recover fully before the 2019-20 season playoff starts. If everything goes right, Durant could become a part of the Brooklyn Nets team which plays against the Warriors. It would be the most interesting game as Durant will face his old teammates including Stephen Curry and Klay Thompson.

Kevin Durant is showing great progress and is now able to walk with just one crutch and will soon get back on his feet by himself. Even though it was expected that Durant will miss the entire NBA season, it may be proved wrong.

There is rapid progress and the superstar is recovering fast and could soon enter the basketball court. Kevin Durant is a fighter and he has been training hard to get back in playing shape. If he avoids any major injury, Durant could join the Brooklyn Nets in their game against the Warriors at the Chase Center next year.

Durant playing against the Warriors

Brooklyn Nets will fair off against the Golden State Warriors at the new arena in San Francisco on March 12, 2020. Chase Center will finally witness their favorite superstar Kevin Durant playing in the stadium but only from the opposite team.

.@KDTrey5 wearing the Nets uniform with the Nike KD 12 on feet. 👀

It would be around nine months after Durant tearing up his Achilles tendon. Experts believe 276 days are enough for Kevin Durant to play once again in NBA. Nets vs Warriors game will finally prove which duo is best among Durant-Irving and Curry-Thompson. 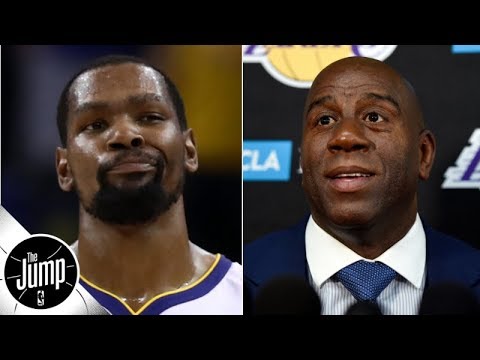