Kawhi Leonard is in a lot of news since the last few days and some of which is unrelated to the NBA games. In recent news, the popular sports brand Nike has countersued Kawhi Leonard over a logo usage issue. In June, Leonard sued over Nike for using his large hand ‘Klaw’ logo. 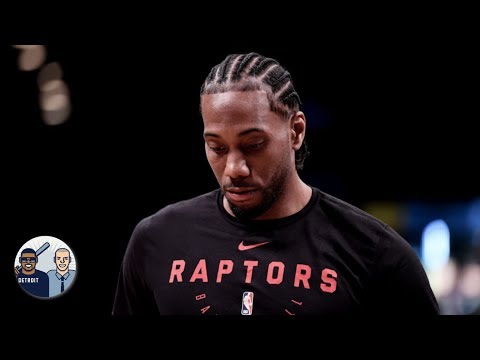 Leonard accused Nike of using his design which features the letters ‘KL’ and the number 2 which he uses on his jersey from college days. In a shocking turn of events, Nike has countersued Kawhi Leonard over using the logo even after their contract is over. Here is how the issue started and the debate about ownership of the logo.

The whole feud between Kawhi Leonard and Nike started when the star player left the sneakers brand last year. As 2019 started, Leonard was signed by the New Balance for a new deal. New Balance and Kawhi Leonard together made a lot of new campaigns such as ‘Fun Guy’ and ‘King of the North’.

It further made Nike officials jealous as they felt that Leonard is mocking fun at them. It was still fine but Leonard continued to use the Klaw logo even after exiting from Nike. To make the matter worse, Kawhi’s legal team sued Nike for using the same logo and the whole controversy started.

Who owns the Klaw Logo?

Nike has made a countersuit in which they have stated that the allegations made by Kawhi Leonard are not true at all. The Klaw logo has not been once attached in the lawsuit that Leonard filed. Nike has also accused Leonard of using the same design of other apparels which is a violation of their trade agreement.

The sneakers giant has submitted proof that the design was made by their workers in 2017 when Leonard was a member of their Jordan brand. It will be interesting to see that the court finds which party as the real owner as a lot of big stakes are involved.