NBA India game between the Sacramento Kings and the team of Indiana Pacers will mark the beginning of NBA preseason games. The first two basketball games of Kings vs Pacers will played in the Mumbai City. Apparently its a way to promote NBA in India and the bring the sports of basketball forward.

Mumbai: The Gateway of India has been illuminated to commemorate the arrival of the NBA India Games 2019. The preseason games to be played on October 4 and 5, 2019. pic.twitter.com/L3Qd4vNGgE

India, where technology and the @NBA come together. pic.twitter.com/gh7DStHzHk

The tickets to the game has been sold out and people are very excited for it. Kings vs Pacers game will be played on Friday and Saturday (4-5 October) from 7:00 pm local time (9.30 am EST). Here are the ways yo watch the NBA India games online and predictions and betting odds for the same.

Sacramento Kings and Indiana Pacers are both strong teams and the fight between them will be interesting to watch. De’Aaron Fox, Bogdan Bogdanovic, Kyle Guy, Buddy Hield and other team members from Kings make a solid roster who can easily defeat any of the NBA teams.

Victor Oladipo, Malcolm Brogdon, Myles Turner and Domantas Sabonis from the Pacers will be ready to challenge their opponents in the court. The Kings are a stronger side compared to the Pacers and there are high chances that they win the game in an intense power struggling game. 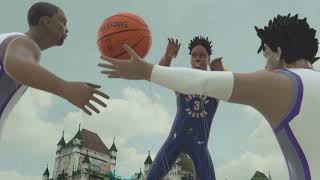