Mortal Kombat, the popular fighting game franchise has made noise for its upcoming version called Mortal Kombat 11. However, recent reports hint that even the developers are unable to cope up with the gruesome and gore filled combat of the game.

Kotaku reports that Mortal Kombat 11 is possibly the most violent video game of the gaming market. The report further insinuates that many people behind the development of the game are suffering from PTSD.

Mortal Kombat 11 takes gore to the next level

Mortal Kombat became popular due to its gory kill combo and blood filled combat. The developers look for the new ways of killing on the web so they can add that to the gameplay.

However, research shows the way of killing over the game has taken a toll on many developers. Mortal Kombat 11 developers said that due to the continuous exposure to violent and disturbing images they are having troubles in their day to day life.

One person of the team claims that he cannot look at his dog anymore because every time he does, it reminds him of all the internal organs of pets he has seen during the game development.

Another claims that his sleeping behavior has been disturbed due to the continuous violent dreams and sometimes, he has to stay awake to avoid these dreams. 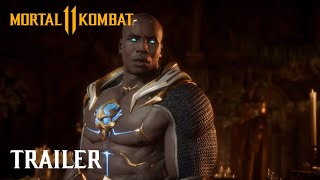 Developers claims that there are times when the environment of the office becomes depressing. One MK 11 dev said you come to the office and see a guy watching a tutorial on how to hang oneself and another one is watching an animal being slaughtered.

Some developers have left the Mortal Kombat 11 project and others are looking into some creative process to cope up.

The game is already available on major platforms. Players can buy the special edition which will bring some additional goodies.

The Kollector edition includes a Dragon Logo magnet and a life-sized Scorpion Mask.