Money Heist Season 4 is coming up on Netflix in April and it would resolve some of the greatest cliffhangers and conclude the show. While there are four seasons of Money Heist on Netflix, La Casa De Papel could be said to have only two parts. Netflix split the first season into two and even the third and fourth season of Money Heist are continuing the same story.

Who else is waiting on Money Heist Season 4 😭 pic.twitter.com/t80xAVQQHt

It is the main reason why the show works, a tight plot that moves forward and keeps it intense. Hence, some new rumors are claiming that Money Heist season 4 could the last and final season of the show and Netflix may continue with the Money Heist spin-off instead.

Money Heist Season 4 will continue the plot forward from the last scene where Nairobi was bleeding to death and Raquel was about to get in the crossfire. While it looks Nairobi may still be alive based on the season 4 teaser, there are theories that Raquel aka Lisbon will die making the Professor go crazy.

The Professor will completely lose it and declares war on the Spanish government to avenge the death of his love, thus escalating the conflict further. At the end of the fourth season of Money Heist, the gang would escape and El Professor will stay behind making sure everyone is safe. The last few scenes of Money Heist season 4 could be the group making plans to break out the Professor and it would be the best ending to the show.

Money Heist Season 5 is rumored to be in works but this latest report contradicts the news. It means either season 4 is the end or they are making a spin-off for Money Heist and people have assumed it as the fifth season.

Like it or not, Money Heist will never be the same without Berlin!!! pic.twitter.com/1cUFhFZ76j

Money Heist director and the actor who portrays Berlin has previously teased fans that they are coming up with La Casa de Papel spin-off and refused to share any further details. However, now it feels like Netflix is actually working on Money Heist prequel spin-off with Berlin as the lead and it will show his backstory. 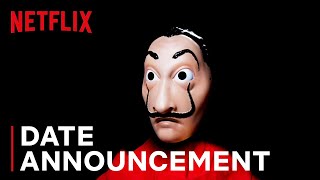