Noah Syndergaard is making headlines in the MLB trade circles as the rumors of leaving Mets have surfaced online. The biggest reason behind the speculations is Syndergaard aka Thor changing his Twitter bio and giving cryptic hints. It also makes sense as the Mets have acquired Marcus Stroman from the Toronto Blue Jays and need to trade out some of their pitchers. 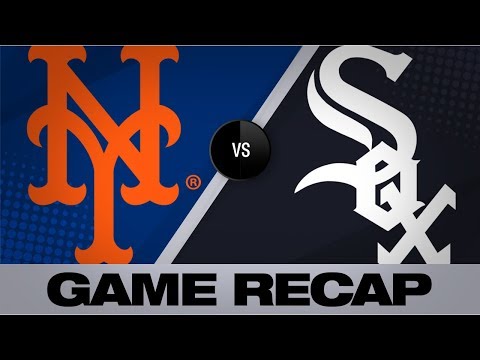 But Thor has been denying such kind of reports and is confident that he will stay in the New York Mets. In a recent interview, Syndergaard revealed that he has full faith in the Mets and he won’t be traded out. Here are the reasons why the Mets might not trade out Noah Syndergaard in the free agency deals.

Mets have a shot at the Wild Card Spot

The Mets were trailing behind in the league table a few days back with the win to loss ratio of 46-55. It has kind of changed as they won the last five games and the new ratio is 51-55. If the Mets can win a few more games, they could manage to get the second wild-card spot.

In times when it feels like nobody wants you, at least I know I’ll always have the Hammer of Thor 🔨by my side @sskbaseballusa pic.twitter.com/UXHXci0VZ5

On Tuesday night, the Mets emerged victorious with a lead of 5-2 in the game against the Chicago White Sox. Syndergaard was mainly responsible for the win as he just gave away one unearned run. Along with that, Thor also managed to strike-out 11 players in just 7.1 innings he pitched.

The Mets have kind of added a lot of pitchers and will probably trade one of them out soon. There are no indications to the name, but Syndergaard is fully confident that he will stay. It would make a lot of sense for the Mets to trade out Zack Wheeler instead.

If the Mets want someone in return for Syndergaard that could help them win right now, the player they could trade for that will provide the most help is Noah Syndergaard.

The reason being that Wheeler will become a free agent in the next season and it is better to trade him before the 2019 trade deadline to get the best deal. On the other hand, Thor is under team control until the year 2022 and is only 25 years old. It means that the Mets will possibly hold on to Syndergaard as he is saying that himself.