Microsoft Surface Book 3 launch could happen very soon and many reports confirm a Spring 2020 release date. The laptop will be launched alongside Surface Go 2 with a lot of new upgrades and features. While the exterior design on the Surface Book 3 might not change that much, the internal components, graphics card, storage, and other such features will be upgraded to stay alive in the competition. Here are more details on Microsoft Surface Book 3 release date, price, specs, features, rumors and more.

Microsoft Surface Book 3 specs are reported to be updated from the previous model Surface Book 2 which is outdated in the present date. The third Surface Book will house the 10th generation Intel processor and Nvidia’s 16-Series GTX GPUs. The upcoming laptop series will be equipped with Intel’s Ice Lake processors or even higher chipset as the Surface Laptop 3 and the Surface Pro 7 already feature the same.

roses are red, violets are blue
there’s a Surface Book 3 on the way
and a Surface Go 2 pic.twitter.com/II6ppAPheL

Microsoft Surface Book 3 is expected to be launched around Spring 2020 at a New York City event. In terms of the exact release date, the high-end laptop could come out around the first week of April in the markets. The price of Surface Book 3 might start around $1,400 for the 13.5-inch variant whereas the 15-inch version might cost even higher. Microsoft is also planning to launch Surface Go 2 at around $400 for the mid-range audience at the same time. 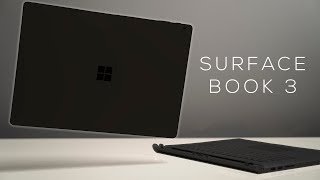