Popular filmmaker and screenwriter Max Landis, known for his work with movies such as Bright and American Ultra, has been accused by 8 women of sexual, physical and emotional abuse. Over the years there have been multiple allegations against Landis and his behavior has been termed as an ‘open secret’. Landis had been named several times ever since the Me Too movement started.

Landis, 33, is the son of John Landis, known for directing some of the most popular Michael Jackson music videos. Let us take a closer look at the allegations against Max.

The Allegations Against Max Landis

Stories of all eight women seem to mirror each other. Multiple accounts indicate that Landis used to first introduce young and vulnerable women to his ‘circle of friends’ and then force them into a relationship, following which the mental and sexual abuse begins.

Some even claimed that Landis tried to have sex with people that they knew. She added that he treated them like objects.

One of the women has claimed that Max Landis found it a ‘turn on’ to watch them cry. One of them even claimed that he won’t let them eat. There have been allegations of sexual abuse against Max Landis in 2007 and 2008 as well but it seems that this time, the Me Too movement will finally get these women the justice they deserve. 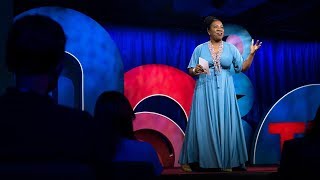