During the visit to Arlington National Cemetery with U.S president Donald Trump on May 23, first lady Melania Trump is claimed to be replaced by a body double. 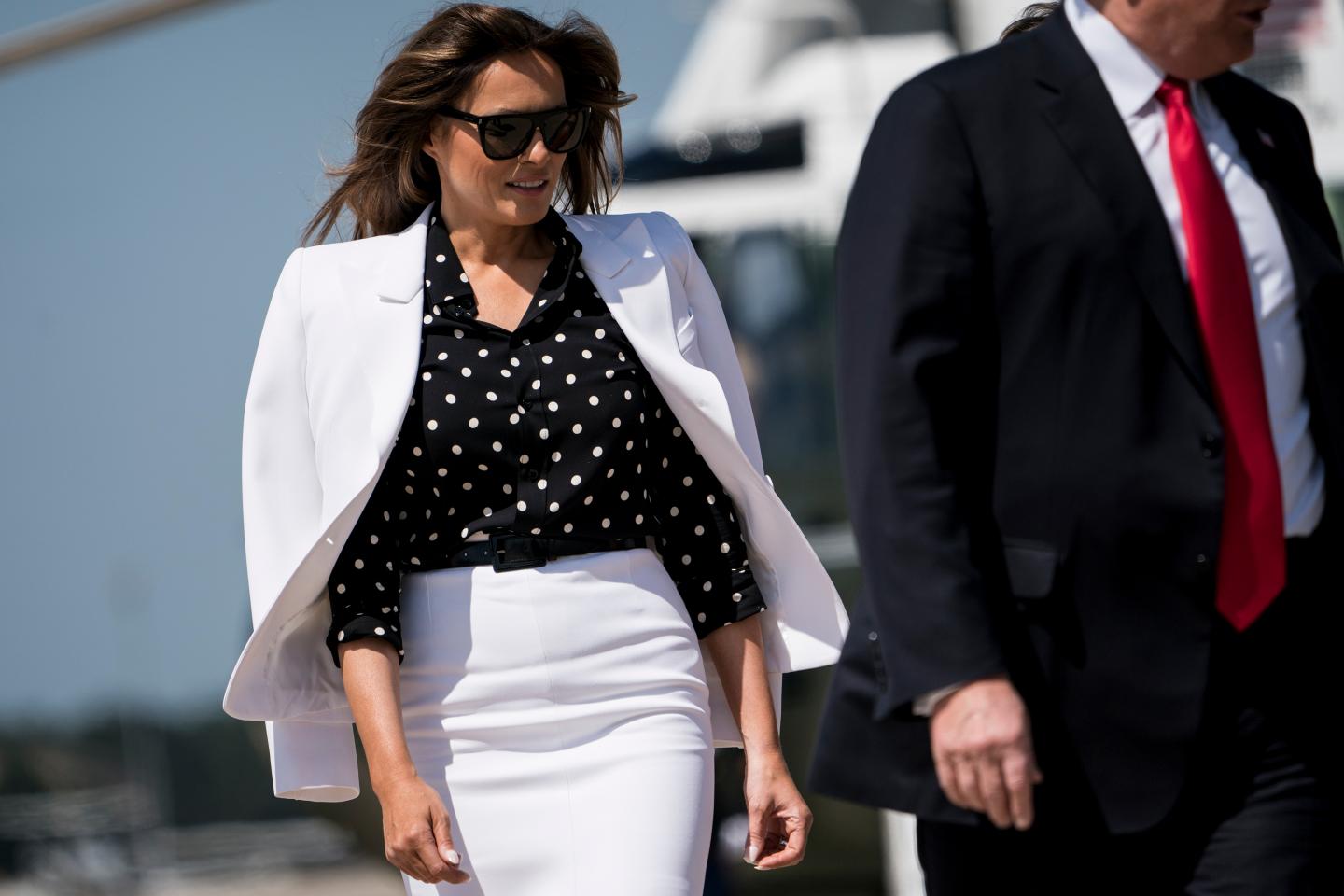 Attacking the conspiracy theory claims, Stephanie Grisham called it “ridiculous.” She further questioned the media’s attention and focus on such a “non-story.”

“Once again, we find ourselves consumed with a ridiculous non-story when we could be talking about the work the First Lady is doing on behalf of children, including the opioid crisis that is gripping our nation.”

On Tuesday, May 23, first lady Melania Trump was seen wearing a black utility dress and black sunglasses while on the visit to Arlington National Cemetery.

Along with U.S president, Melania Trump was captured placing American flags on the war graves ahead of Memorial Day.

A Twitter user posted photos of Melania Trump and her body double. It reignited the conspiracy body-double theory, followed by the tweets:

“This looks like the Melania body double. Where is the real Melania?”

“This is clearly not Melania Trump – she uses a body double.”

“Melania left a long time ago, that’s why he hired a body double to stand in for her.”

In 2018, Melania Trump had disappeared from the public eye for over three weeks. This event sparked the body-double speculation, and the accusations gained momentum.

“The Fake News photoshopped pictures of Melania, then propelled conspiracy theories that it’s actually not her by my side in Alabama and other places. They are only getting more deranged with time!”

“I’ve always found it sad that a group of women spend so much time attacking another woman, whose only goal is to help children. Yesterday’s show went beyond the petty, mean-girl spirit that we’ve grown accustomed to.”