Lucifer Season 4 was almost a lost hope when Fox had cancelled it. But the fans’ constant love and support for the show pushed Netflix to renew a Lucifer Season 4. Fans took out their outrage on social media platforms to actually make this happen.

It is still a mystery if Netflix will renew it for a Lucifer Season 5. But, Amy Garcia (Ella Lopez) believes that ultimately it will. Garcia recently made an appearance on Inside of You podcast. On the podcast, she said, “The fans are really passionate and have invested in it.” She also mentioned the 8.5 million tweets to bring back Lucifer which caught Netflix’s attention. She gave 95 per cent of the credit to the fans.

She also revealed that they finished up with the third episode. “Netflix saw the first one and absolutely loved it.” she exclaimed. She also said that her belief lies in the fact that people love the show because it is a fun show.

Will Lucifer Season 4 give way for the next one?

Lucifer went on for three seasons before Fox took it off air. We have news that Netflix will renew Lucifer Season 4. But, we still don’t have an official release date as of now. And we all know that Netflix does not reveal anything until the very last moment. And Garcia seemed very assuring when she said that we will get a Lucifer Season 5. 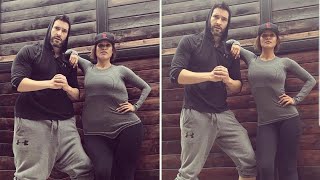