Lost in Space Season 3 is under works at Netflix and the next installment of this sci-fi drama is going to be amazing. While the second season of Lost in Space had so many twists and turns, the Robinson family will be up for another adventure very soon. Dr. Smith whose real name is June Harris is the main villain of the show since the first season and she has been manipulating everyone.

Seriously addicted to #LostInSpace give us season 3 please @NetflixUK 👋👽🌜

The character of Dr. Smith has progressed over each episode of Lost in Space and she turned more and more selfless and secretive. While saving the children, Dr. Smith was hinted to be dead, it might not be true at all. Lost in Space Season 3 plot theories and spoilers indicate that Dr. Smith is not dead and will be back to create more trouble for the Robinson family.

Doctor Smith was last seen entering the magnetic field to destroy it and everyone saw her empty suit and broken helmet hinting that she died in the process. However, the last episode of Lost in Space season 2 had the robot finding a scarf and a rubber ball that Dr. Smith was wearing during her alleged death.

Lost in Space season 3 theories predict that Dr. Smith has faked her death by sneaking into the storage unit. There is no way the writers would kill such a character that easily and make things easy for the Robinsons. Some of the “Lost in Space” Season 3 leaks also claim that the crew will finally reach the Alpha Centauri in the end but there will be a new problem that will set up the fourth season.

Lost in Space Season 3 cast will have the main members of the Robinson family returning, along with everyone who was not killed in the last season. Here is the confirmed list of Lost in Space 3 cast that will be a part of the upcoming Netflix series.

Lost in Space Season air date has not been announced yet but there are high chances that Netflix will release the third season near the end of 2020 or early 2021 for sure. 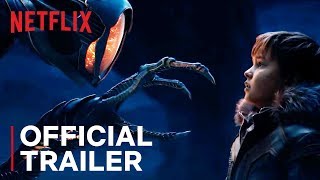