LG G8 ThinQ is all set to be the latest flagship smartphone from LG. This LG G-series smartphone will compete with the likes of Samsung Galaxy S10 in the markets. However, the company has been dropping a few hints about the phone ahead of its release – which has led to a rise in the excitement around the launch!

However, let us take a closer look at the LG G8 ThinQ: the release date, price and specifications – everything we know about this phone so far!

LG is all set to launch its latest smartphone in a matter of hours! The LG G8 is scheduled to come out on the 24th of February (later today). However, the company has a habit of releasing its flagship smartphone around the same time that Samsung reveals its Galaxy S-series devices.

This phone would be revealed during an LG event at Mobile World Congress 2019, which is currently underway!

The latest LG flagship smartphone is confirmed to come out with a ‘time-of-flight’ front-facing camera, as confirmed by LG. However, another major detail about the LG G8 has now been revealed: the phone will feature sound on display! This technology has been named ‘Crystal Sound OLED’ by LG. In this technology, the screen doubles up as a speaker! 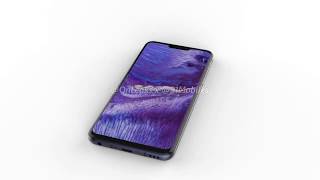 Speculative renders of the LG G8 ThinQ have already appeared online, as shared by @OnLeaks and @EVLeaks.  However, based on these leaked images, many LG fans are unhappy. The phone comes with a notch – which has disheartened a number of users.

The phone is also expected to feature the Snapdragon 855 processor. However, it is unlikely that the device comes with a 5G variant. The LG G8 is likely to feature 6GB RAM and will run on the Android 9.0 Pie OS.