Far Cry series has pushed out some of the best titles and there is no doubt that the upcoming sixth installment is going to be any different.

After the release of successful Far Cry 5, rumors started to surface claiming various possible setting of the Far Cry 6.

One such rumor claimed that Far Cry 6 is set in India, Russia and North Korea and the storyline will feature sci-fi gameplay.

However, these claims were junked by the gaming community.

Interestingly a new report by Comicbook.com hints that after the success of Far Cry 5 Ubisoft is working on not one but two Far Cry titles.

The report talks about a post on 4chan that claims that Ubisoft is working on an all new improved multiplayer experience in a sci-fi setting.

This bit of information is not enough to conclude that that the game will feature a Battle Royale mode.

However, fans are speculating that this might be the case considering the success of all the battle royale game has had in the past.

The leak suggests that Ubisoft Toronto is leading the development of Far Cry 6. Far Cry 6 will have Clint Hocking as its creative director. 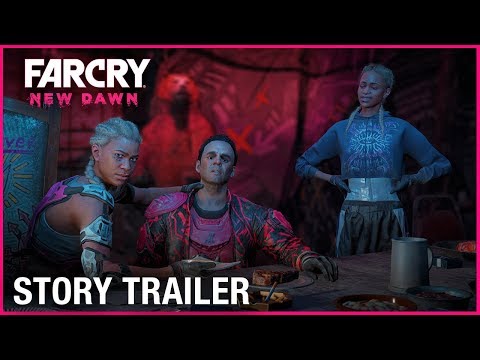 The publisher has informed the fans that Far Cry New Dawn is a direct sequel of Far Cry 5. However, it is not an official Far Cry 6 release.

The New Dawn game could be the Far Cry 5.5  mentioned in the 4chan post. Far Cry New Dawn was released on PS4, Xbox and Windows PC on Feb 15.

Ubisoft has kept mum about the release date of the Far Cry 6. The rumors hint that game will be released in late 2020.