Lakers vs. Clippers rivalry is blooming up in the NBA circles and somehow it is getting hotter by the day. The whole thing started when Kawhi Leonard revealed that he joined Clippers instead of the Lakers to beat the duo of LeBron James and Anthony Davis. Lakers vs. Clippers is already intense due to both teams operating out of Los Angeles City.

Even the NBA rankings put Clippers on the top and odds predicts Lakers to win the next title. It is still around two months as the next Lakers vs. Clippers game will take place in October. But the war of words is on, as the former Lakers legend Robert Horry is confident for the Lakers to win easily.

Popular celebrities from LA gathered to celebrate Clayton Kershaw’s 7th annual Ping Pong 4 Purpose charity event at Dodger’s Stadium. One of the guests there was Robert Horry, who is kind of an NBA legend and has played for Lakers and several other teams. Here is what Horry said when he was asked about his views on the Lakers vs. Clippers game.

Robert Horry on the #Clippers with Kawhi/PG: "It's gonna be difficult. Doc's a great coach, but he's gonna have to manage these guys because they do the same thing. It's going to be very interesting to see how they mesh together." pic.twitter.com/SG67zDwsz9

It will be kind of tough for Doc Rivers to manage both guys. It is no doubt that both Leonard and George are great players, but they kind of plays the same style. It will be interesting to see how the Clippers can mesh them together. If they are not able to do that, the Lakers would win easily.

Clippers needs to find a Solution

Despite being favoring the Lakers, Robert Horry is kind of right on the George and Leonard pairing problem. Kawhi Leonard was the MVP of this year’s NBA finals, and even Paul George has amazing stats. Clippers are also looking solid and coming fresh after 48 wins in the last season.

Most of the teams have this kind of problem where there are multiple superstars in their roster. Everyone figures out a way and so will the Clippers. Doc Rivers, the coach of Clippers is working on a strategy to use both Leonard and George without disturbing their gameplay. 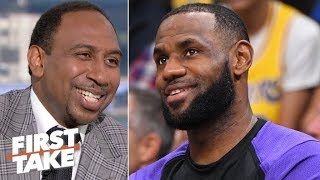