Los Angeles Lakers are no doubt doing great and are at the top spot in the NBA Western Conference but they still need better players before the trade deadline. The Lakers have lost the last four of their games and the recent game against Clippers exposed their weakness. LeBron James couldn’t find an opening spot and was knocked out by Patrick Beverly during the tie-breaker attempt.

In both losses to the Clippers this season the Lakers played great for the first three and a half quarters and didn’t play well in the last five minutes of the game.

Rojan Rando and Kyle Kuzma need some support and Anthony Davis is already from thumb and knee injury. If the LA Lakers want to dominate the playoffs also, they need to make deals for players such as JJ Redick, Andre Iguodala, Marcus Morris, and Derrick Rose and make them their primary trade targets.

JJ Redick will be out on the trade block as New Orleans Pelicans have to plans for him in the future. The Lakers need to sign without any doubt, as he will make a perfect contribution as a shooter along with Dany Green. Also, the Pelicans already owe Lakers a lot of future draft picks from the Anthony Davis trade deal and hence JJ Redick won’t cost them too much and remove only a few future protections.

Andre Iguodala is on the trade list of the Lakers for a long time and they are waiting for the Memphis Grizzlies to buy him out. The Lakers have learned their lessons after they are defeated twice by the Clippers and they need to counter Kawhi Leonard. Iguodala is NBA finals MVP and part of the All-Defender team and he would prove very efficient in the big games for Los Angeles Lakers.

Marcus Morris won’t stay in the New York Knicks for long as they are going to rebuild their team. Morris is still doing great in an otherwise failed Knicks team with an average of 18 points per game and shooting over 45 percent of three-pointers. It would be a bit difficult for the Lakers to arrange the draft picks required to sign Marcus Morris but he is a tough guy who can be crucial in final games and they should take the risk.

Derrick Rose might be a shocking name in the list but he has plenty of experience playing with LeBron James in the Cavaliers. Rose is currently playing well with an average of 15 points and 6 assists per game in an otherwise average Timberwolves team. Also, Lakers won’t have to pay too much for Derrick Rose and it would be a cheap deal to reunite the former MVP with his older teammate. 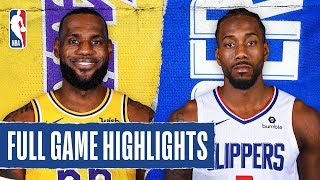