Juju Smith-Schuster is one of the most beloved names in NFL. He may not be that great a player, but he is definitely one of the most down-to-earth human beings. And he proved that once again this Halloween.

Halloween, a festival where you dress up as your favorite character and ask for a trick-or-treat at your neighborhood doors. While the rest of the NFL players were busy distributing candies to the Halloween kids knocking on their doors, Juju was the kid who was at their door.

Juju Smith-Schuster did one of the best costumes for Halloween this year. He dressed up as himself, in his full Steelers uniform. He was seen knocking at the neighborhood doors, asking for candies and playing with the kids. 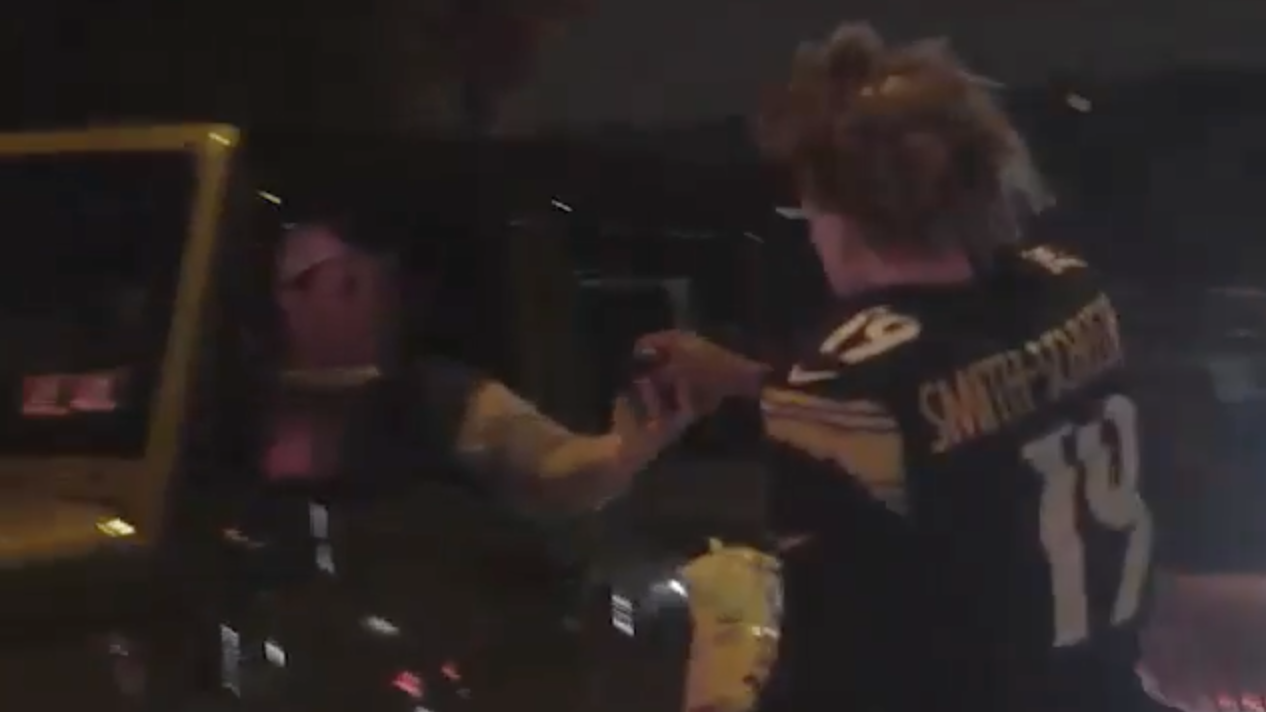 Juju was not only keeping the candies for himself, but also distributing it on the streets.

Andrew Filliponni tweeted with a picture of Juju with the caption,

“I recognize this trick-or-treater in the middle. Juju is the man.”