Defender turned FOX Analyst Howie Long just had one of the most interesting interviews ever with Jon Gruden. The pre-game interview happened this Thursday for the game of 49ers vs Raiders. The game later came into the highlights when a 49ers Cheerleader kneeled down during the National Anthem.

Anyways, the interview had discussions on the trade of OLB Khalil Malick and WR Amari Cooper. Both of these quality players were the ones who laid the founding stones for the success of Oakland Raiders. 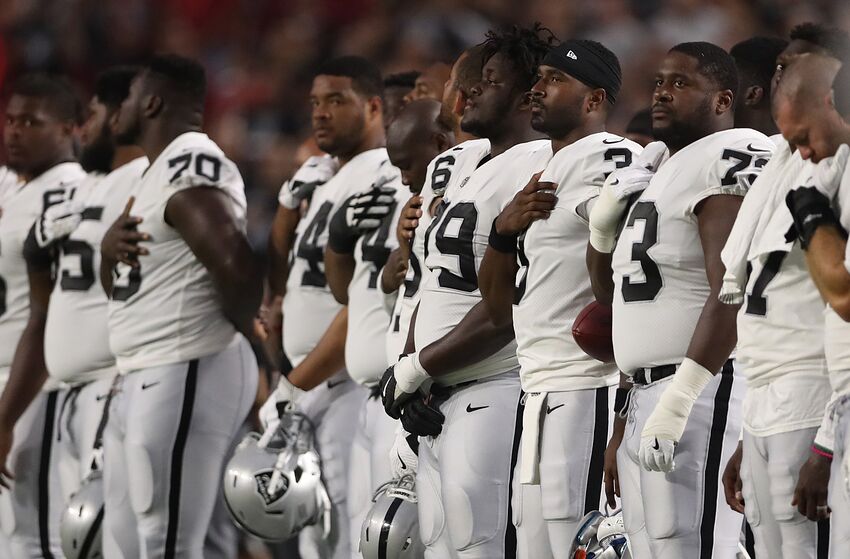 The interview continued with Gruden’s view on how excited people are in joining the Silver and Black. He said that the people out there are dying to be a part of this long-term vision.

He said that every now and then he attends calls from a lot of people who are really excited to join the Oakland Raiders. He continued saying that he is really happy to have the salary cap space and have a continuous interaction with people want to represent the nation in Silver and Black.