Jersey Shore Family Vacation Season 3 is now airing. The show’s third season was long awaited by its fans and now that the premiere episode has aired, people are all abuzz with excitement and are discussing the two-hour episode. Without further ado, let us take a closer look at what happened in the premiere of the show: 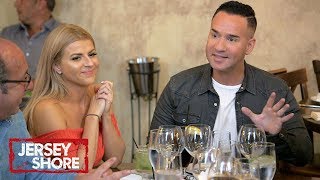 The show is back on your screens and it aired on MTV yesterday! This time around, it has taken a different route from the first season and has been packaged quite differently. While the previous season was all about ‘fun and games’, this season is all about ‘real life sh#t”, as per Jennie Farley.

A lot of focus was on Mike Sorrentino, as he had a court sentencing over tax evasion crime committed by him and his brother Marc Sorrentino. The focus of this entire episode was Sorrentino’s journey to prison and how his friends and family stood by him during this tough time. A lot of tears flow once the final sentence is announced. A lot of real-life drama has taken over the show this season.

About to watch me some Jersey Shore:Family Vacation 😍😍😍

When and How to Watch Jersey Shore Family Vacation Online?