The premier of Jane the Virgin Season 5 Episode 2 tonight gave us a clear picture as to how much fun and crazy the upcoming episode is going to be.

Looking at the premier it is still hard to figure out as to what is the actual object of the Jane the Virgin season 5 episode 2 which makes it hard to determine as to what is actually instore in the upcoming episodes except for Jane trying to show Rafael that she would love to be with him.

Everything that happened with Michael pay be long gone but not completely forgotten, it will always be an integral part of Jane’s personality although that may not be a part of her memory every day.

What is instore for the viewers on Jane the Virgin season 5 episode 2?

If the romantic inside you smiled after looking the premier of Jane the Virgin, Season 5 Episode 2, then half of the work of the show of the show makers is done.

Let’s see what’s instore for for everyone on the show. CarterMatt has given us some quick insights of the Jane the Virgin Season 5 Episode 2. Feeling her Catholic guilty Jane (Gina Rodriguez) seeks advice from Alba and is shocked with most unexpected answers.

At the same time, Rogelio (Jaime Camil) and River (guest star Brooke Shields) are back to working with each other, but a fight because of the power still continues between them and Xo (Andrea Navedo) is probably the answers to their questions that they have always been seeking.

Are the viewers rooting for the show to end or stay?

Although we do not want the show to end yet it instils a sigh of relief in all of us knowing that Jane the Virgin season 5 is going to be the last season of the show.

If nothing else, one thing we can be sure of is that any episode that comes after this would display the show writers best work because now, they would want to bring all the characters to a specific position and more every character some meaningful direction.

Which character of the show do you relate to the most? 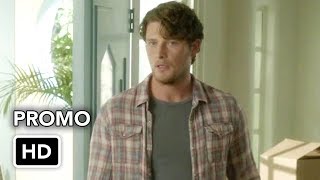 You may talk about any character of the show, regular or recurring, they are all somehow the reason that we still watch the show.