Kim Jong Un could be dead or alive at this point and no one knows about the health condition of the North Korean dictator. The young leader was absent from the celebrations of the country’s biggest holiday and it has sparked the rumors that things are not right in Pyongyang.

There are several reports which say Kim Jong Un has met his demise after an unsuccessful heart surgery whereas some other sources claim that his health is in grave danger. While it is not easy to know the actual truth in a closed country like North Korea, Twitter is very concerned about Kim Jong Un’s health conditions.

Kim Jong Un dying without a heir could send the whole country into a power crisis and even the neighboring countries such as South Korea, Japan and even far away United States will face the consequences. North Korea is sitting on a pile of nuclear weapons and an unstable leader could start a world war.

Kim Jong Un has a family you monsters

🚨 North Korean leader Kim Jong Un is brain dead after haplessly running around in circles under the growing shadow of a falling anvil only to be flattened, according to two US officials.

Even the US experts are not clear on Kim Jong Un and has said that nothing can be said at this moment. Kim Jong Un has been absent from missile tests and even the birthday ceremony of North Korea’s founder Kim Il Sung, which is everyone is concerned over his status. The Supreme leader has not been seen in public since the last week and it is giving spark to a lot of rumors and theories.

Is Kim Jong Un Dead or his Health is in Grave Danger?

There are certain theories circulating in South Korea that Kim Jong Un has undergone surgery but something went and now the North Korean dictator is brain dead. It could be possible given Kim is 5’7″, weighs nearly 300 pounds and combined with his heavy smoking habit, endangers his health.

The latest rumors claim that Kim Jong Un is under treatment after a cardiovascular procedure. The health status of North Korea’s dictator is unknown at this moment, but they can’t hide things for much longer. It will be known very soon whether Kim Jong Un is dead or having health issues or he is just hiding over the fear of the COVID-19 outbreak. 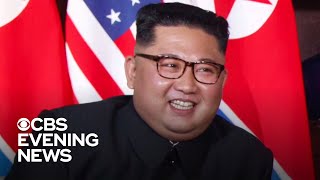