We all have eagerly waited to know bout the upcoming iPhone Model. Now it looks like, our prayers have been heard. An insider has revealed some lineup specs from the next iPhone 12. The rumors about the phone have already suggested that it may become the coolest smartphone of the year.

According to sources, Apple might offer about four models of the new iPhone. With each model offering display sizes and storage options, iPhone 12 may become one of the cheapest flagships of the year apart from iPhone SE.

A prominent leaker, Jon Prosser reveals that Apple might offer two standard models and two Pro versions. These will also have each variant named “Max” which would be a larger variant. The standard models will offer two screen sizes 5.4-inch and 6.1-inch OLED displays by BOE. However, the Pro models will offer 6.1-inch and 6.7-inch Samsung’s OLED display. 1. iPhone 12: It comes with BOE 5.4-inch Super Retina Display. The smartphone will have a dual camera. The two variants are expected to cost $649 and $749 respectively. With these amazing features coming up in the next model of the iPhone, we can expect something big coming in the field of technology. Till then, we would recommend you keep an eye on the latest specs reveal of the phone. 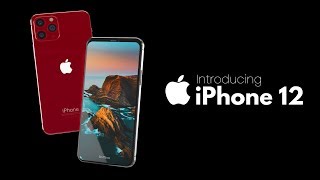