You might have heard real heroes don’t wear capes. But what do they wear? How do they look? And where do they live?

Well, real heroes look just like us because they at times, we all can bring out our inner hero. Like a Florida waitress, Flavaine Carvalho of Mrs. Potato Restaurant did. She saved an eleven-year-old boy from his abusers earlier this year by secretly handing him a note asking: “Do you need help?”

She noticed something was odd when the family ordered food and everyone ate except for the boy.

That’s when she brought it up. Then the boy’s stepfather Timothy Wilson told her he would eat dinner at home. It was at this point that she noticed the boy had bruises on his face and arms.

“I could see he had a big scratch between his eyebrows,” Carvalho said. “A couple of minutes later, I saw a bruise on the side of his eye. So I felt there was something really wrong.” 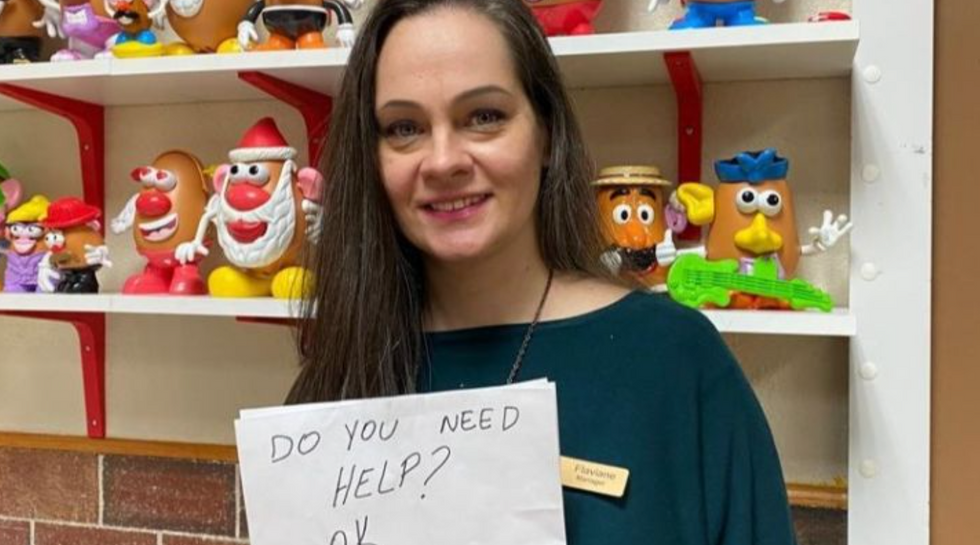 Carvalho can be heard saying in audio to police: “I’m super concerned and I don’t know what to do, can you give me some advice? What I can do?

“The boy is with bruises and he’s not eating. The others are eating.”

Carvalho secretly wrote the note reading “Do you need help? OK” and managed to show the boy without catching the attention of his parents.

He initially shook his head, before signaling “yes” after Carvalho asked again, prompting her to call 911.

After that, the boy’s stepfather, Timothy Wilson, thirty-four, was arrested on a count of third-degree child abuse. The victim’s mother, Kristen Swann, thirty-one, was also arrested and charged with 2 counts of child neglect.

At a press conference, a police spokesperson said: “What this child had gone through, it was torture. Seeing what that eleven-year-old had to go through, it shocks your soul.”

The boy has now been taken into the custody of the Florida Department of Children and Families, along with his 4-year-old sister who had no noticeable injuries.

“If Ms. Carvalho would not have said something when she saw it, that little boy would probably not be with us much longer,” said Special Victims Unit Detective Erin Lawler.

Cabede has launched a GoFundMe to reward her employee, writing: “The outcome of this story was only possible because of her act of kindness, compassion, and how fearlessly she stood up for this child.”

You really can’t put a price on kindness!