In the last episode of Hawaii Five-O, we saw Flippa on the phone with his friend Luka Palakiko. Luka was unloading drums and said that he was running late as he was trying to unload as quickly as possible. however, that was his last line in the series as he was shot dead the very next second.

Flippa on the phone did not understand what had happened until he went in the parking lot to see for himself. Flippa understood that this was not murder for valuables even though the killer took his wallet and the van.

This is because Flippa knew that Luka would have given everything for his life because he loved his life so much. This is the reason Flippa asked McGarrett to investigate the murder.

As we are fourteen episodes deep in the season, the fifteenth episode is due this week. The Hawaii Five-O Season 9 Episode 15 will air on 15th February 2019.

Every Friday 9 PM, episode from Hawaii Five-O Season 8 on CBS channel. You can also catch on the CBS app. There you just need to provide your cable TV subscriptions to log in. Other streaming services such as Hulu, Roku also stream the Hawaii Five-O and you can catch the latest episodes there as well.

A hurricane is about to hit Oahu and the Five-O have a task to complete. They need to make sure El-Diablo, a serial killer, is under watch and does not fall in the hands of an assassin. Tani will be on civilian watch during the storm. 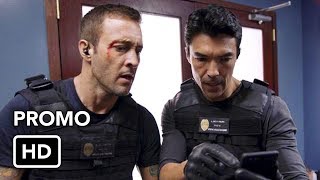