A new trailer for a horror movie based on The Grinch has just come out. The well-known character is now a killer who kills people during the holidays.

The story is one of the most recent works of children’s literature to be given a dark twist. This is because of the upcoming thriller film Winnie the Pooh: Blood and Honey, in which Winnie the Pooh plays the bad one.

Now that the first trailer for “The Mean One” has come out, the much-loved Christmas character will soon get the same treatment.

You can watch the trailer for the movie The Mean One below. 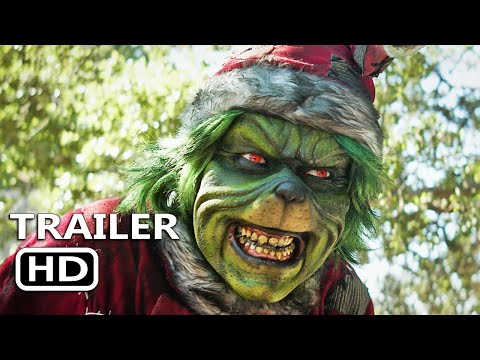 The trailer for the upcoming holiday horror movie hints that there will be a lot of blood, jump scares, and wacky nonsense, all of which fit with the well-known Dr. Seuss character.

On the other hand, this version of the character will be played by David Howard Thornton, who is best known for playing Art the Clown in the Terrifier series.

The last movie he was in was Terrifier 2, which was supposed to be so scary that people passed out, threw up, and ran out of the theater.

On different social media sites, people have been talking about their thoughts and feelings about The Mean One’s first trailer.

The Grinch was my childhood! Can’t wait to see this!

This trailer is so damn good I ready for it kinda scared but I’m down.

This looks horrible; I’ll take five tickets. Taking all my friends with me.

In the synopsis, this is how the story of the upcoming movie is described:

The synopsis for the upcoming film reads:

In a sleepy mountain town, Cindy has her parents murdered and her Christmas stolen by a bloodthirsty green figure in a red Santa suit – The Mean One.

But when the ravenous, Christmas-hating creature begins to terrorise the town and threatens to ruin the holiday, she finds a new purpose – trapping and killing the monster.

Even though it will be based on some of the same stories as Dr. Seuss’s classic book, it seems like it will also have some horror and slasher elements.

Alex Williams, who works at the studio and is in charge of acquisitions and development, told a source the following:

As a passionate fan of seasonal horror, The Mean One is exactly the kind of film that lands on my personal ‘nice list’.

This movie is a stunningly great time with a ferociously subversive turn from David Howard Thornton – and XYZ Films is so proud to be bringing this soon-to-be iconic Christmas slasher to audiences this holiday season.

As seen in the trailer for the upcoming movie “Violent Night,” in which Santa Claus plays a role similar to that of the assassin John Wick, the main theme of the upcoming holiday season seems to be turning traditional Christmas characters into bloodthirsty killers.

Also, one person on social media confirmed this by writing:

The Mean One will only be shown in a few theaters on December 9. You can buy tickets for the movie right here. On December 15, the movie will be available to stream for free on all platforms, so you won’t need a subscription to watch it.